We got the invite for a Sunday 6pm Black Hammock Fish Camp get together with friends. The problem with Black Hammock is that we live on the opposite side of Orlando. It seemed a little wasteful to drive all the way out to Black Hammock only to have dinner!

We decided to do a little Adventure ride and see if we could find something interesting in the wild areas around Titusville and around the Merritt Island Wildlife Refuge.

Here is what we did 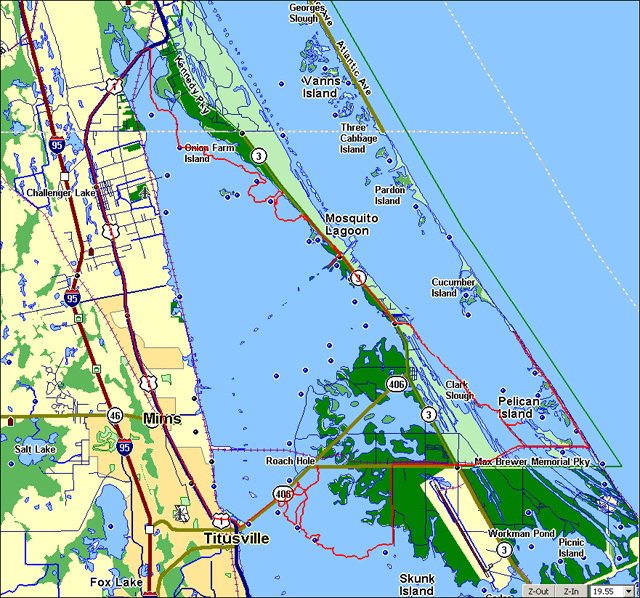 If you look closely at the red line, which is the route we took, you'll see that it appears that we rode on the water!
One of the cool things of Dual Sporting is that you can look at Google Earth and see things that maps don't show you.

Google Earth said there was a road there...and by gosh there was! 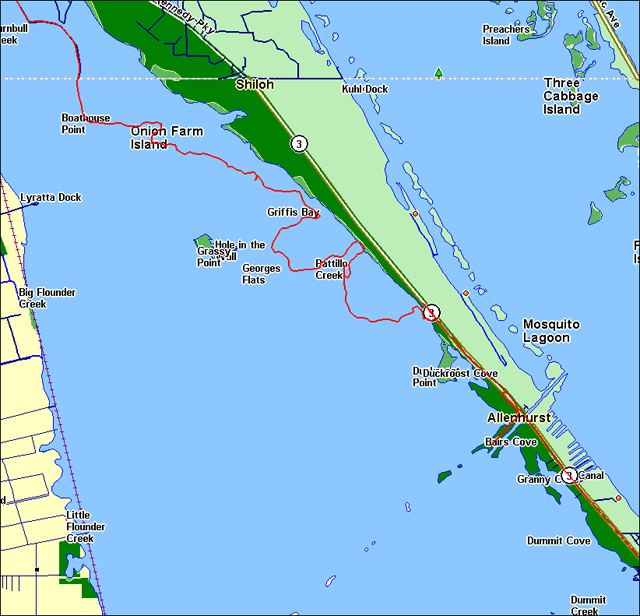 We started the afternoon by parking our trailer in Titusville at the Sand Point Park and began our trek from there.

As soon as we crossed the bridge heading East, we made a right hand turn into the first dirt road and started following the double track / jeep road trails. 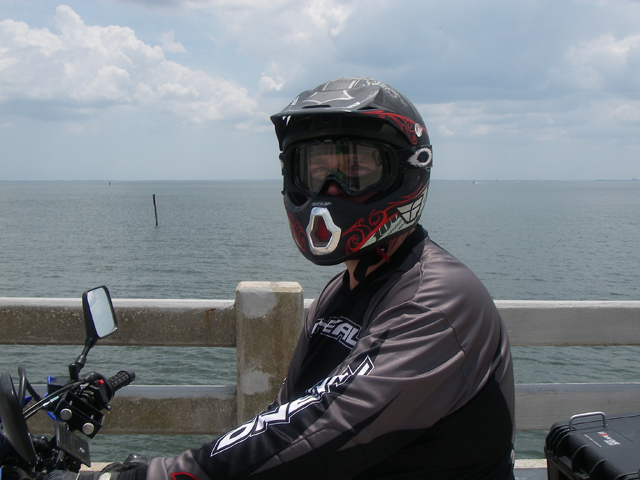 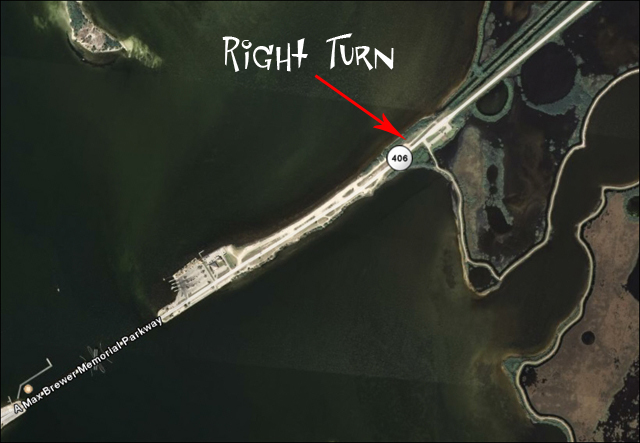 The dirt road / jeep road looped around the marshes and eventually took us pretty close to the VAB (Vehicle Assembly Building) and out to Playalinda Beach and the Shuttle launch complexes. 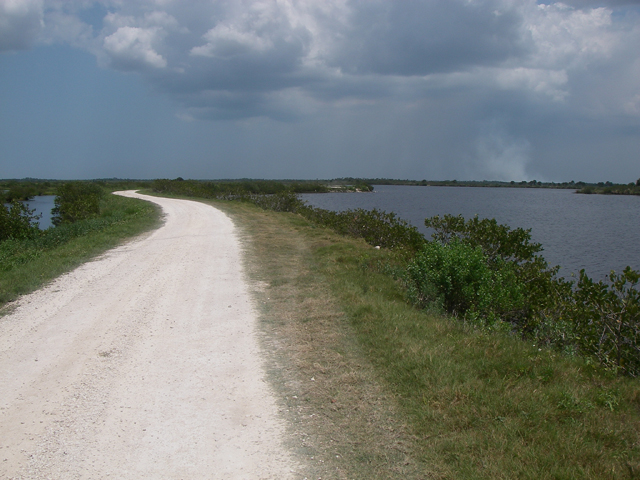 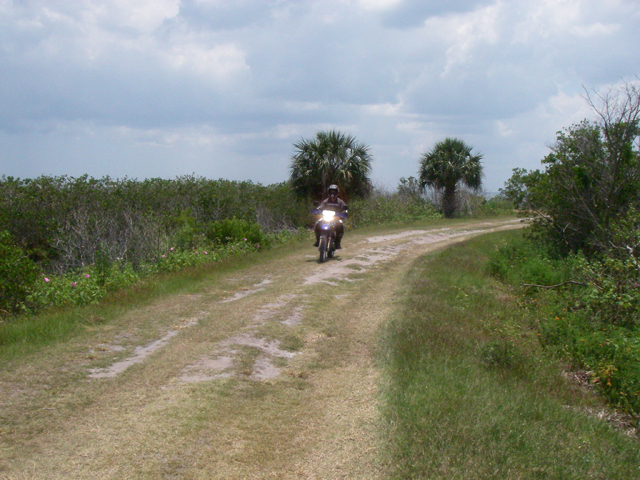 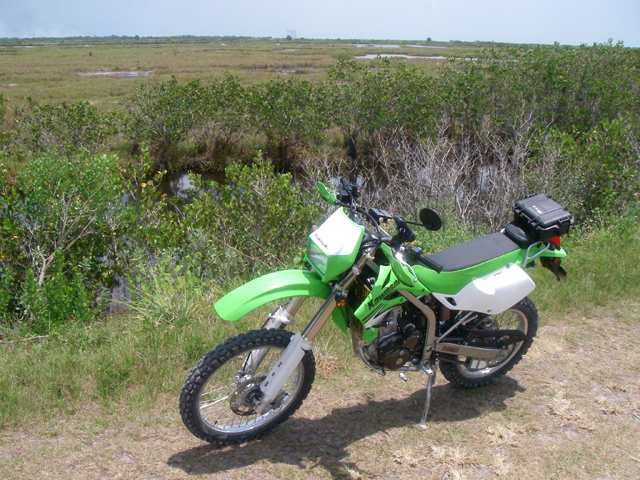 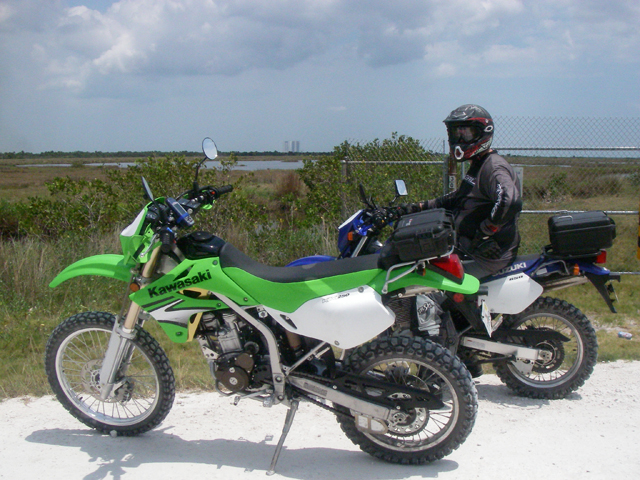 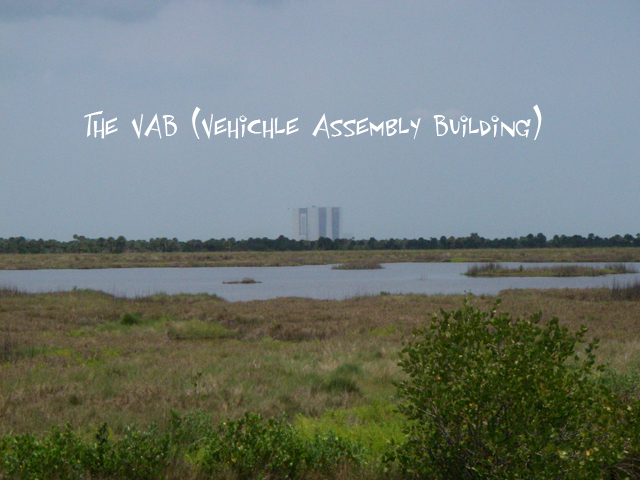 We managed to get pretty close (all legal) to the launch complexes, and even saw a shuttle on the pad! 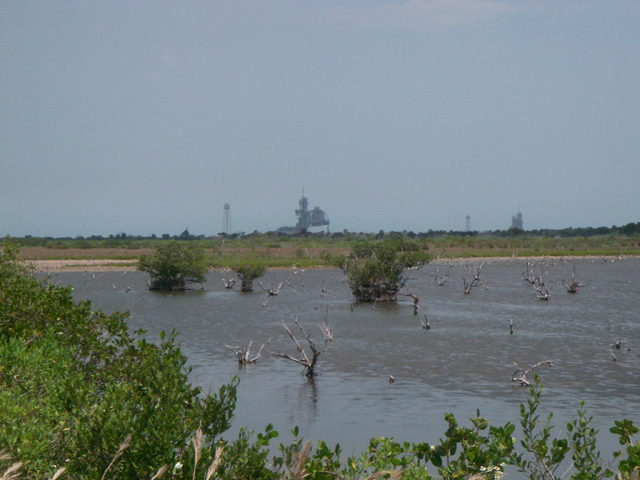 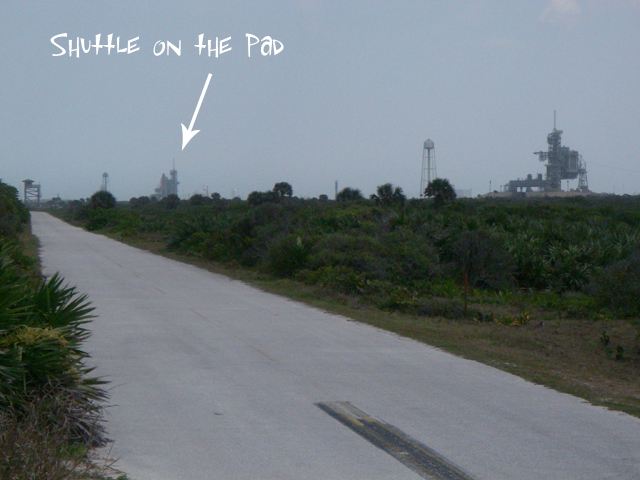 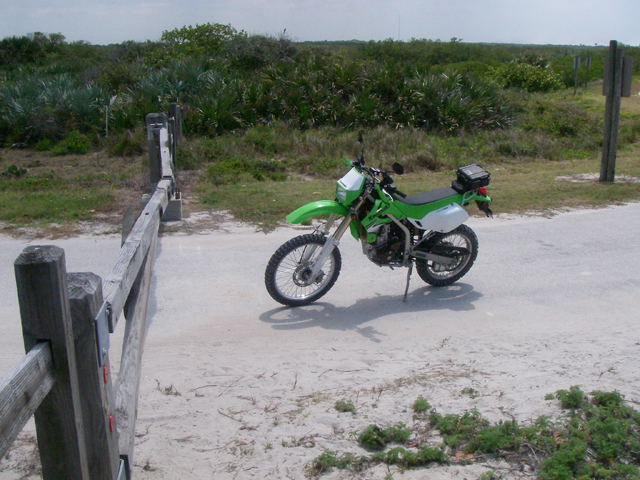 We saw some signs telling us to stay out.
They seemed pretty serious too. 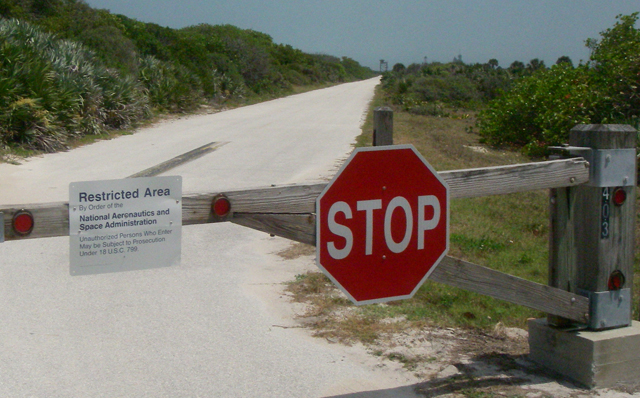 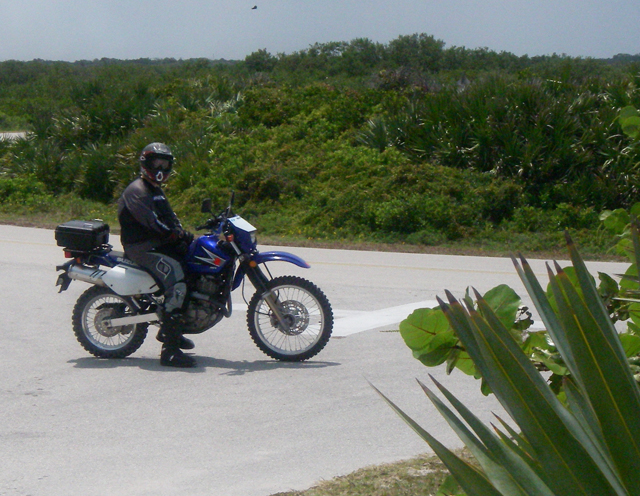 Oh course..there were other signs along the Playalinda Beach! 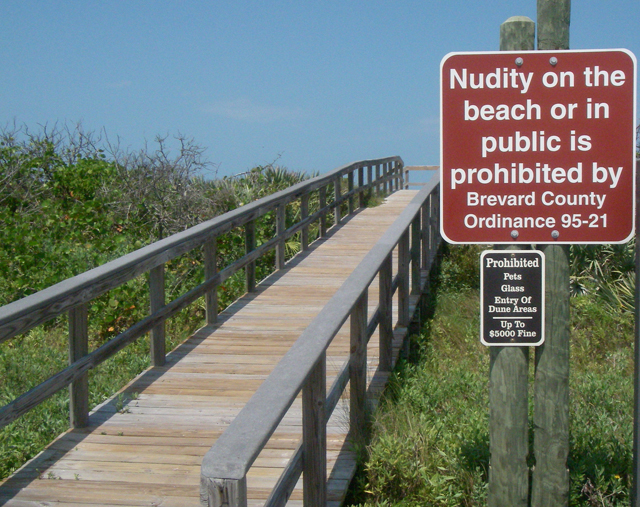 Things were going pretty well as we rode around the roads surrounding Mosquito Lagoon until we wanted to take a turn South on CR3.
We ran into a forest fire and had to change our planned route. You don't see the Sheriff (or the Helicopter) in this picture, but she was diverting traffic behind me.
I asked her if I could go up a little and take a few pictures. 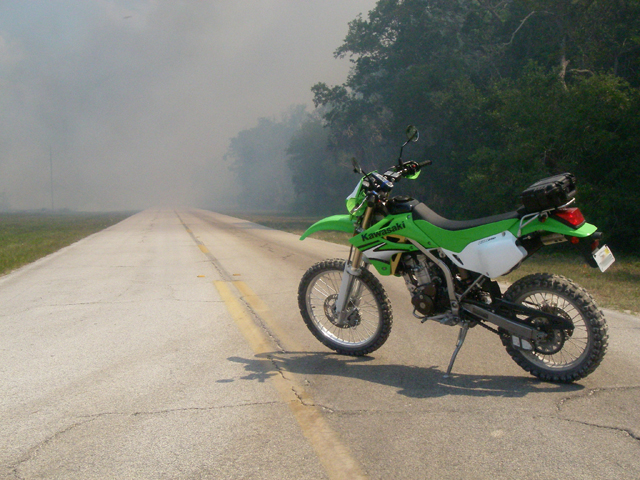 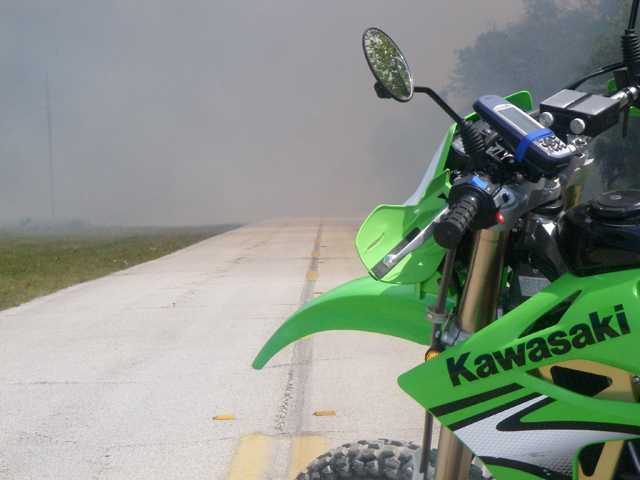 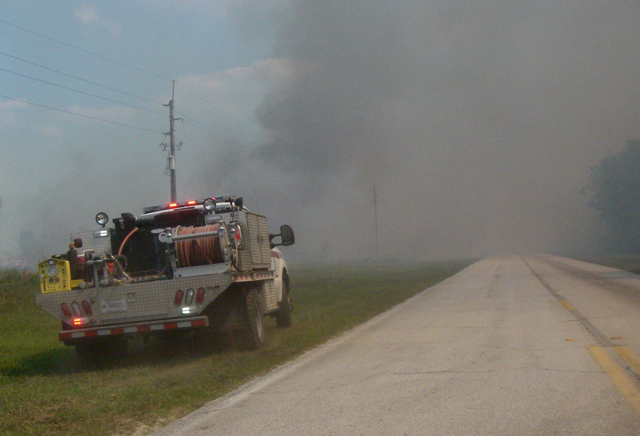 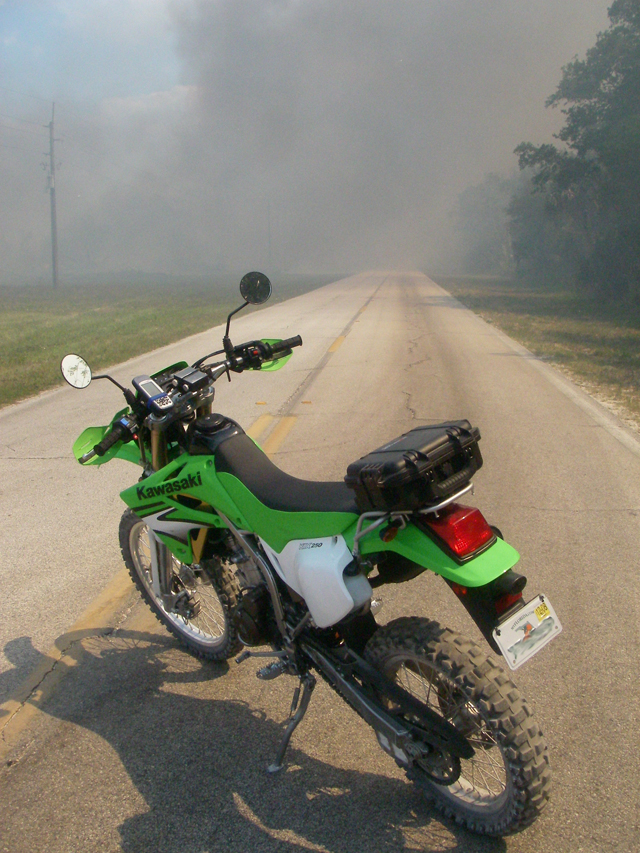 As I was taking the picture above, the fire really picked up and the wind changed direction toward us!
It got VERY dark and smoky and I felt the heat!
Yikes! I hopped on the bike and got outta of there!

At the suggestion of the Deputy, she said that we'd have to head north and pick up US1 and work our way back to Titusville.
I had about a 1/2 tank of gas left, but I figured I'd be fine.
The Deputy did mention that we could take a pretty cool road..called "Shiloh Marsh Road" and that would hook up to US1.
Interesting in that we never saw a sign for that road on CR3 North Bound.
As we drove past where we thought the road should be, we decided to pull over and talk about it.
We stopped near the Radar dome on CR3. 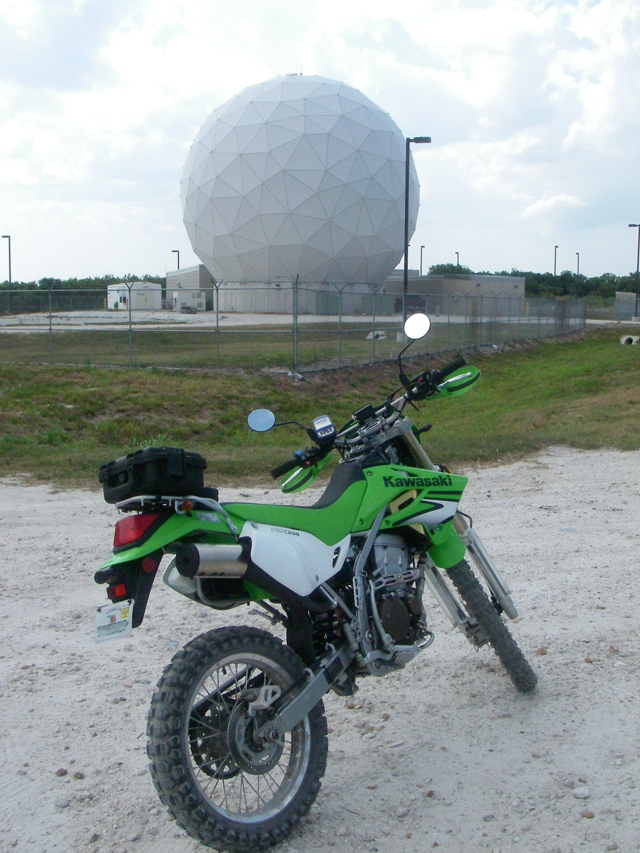 We had just passed a road, but all we remembered was something like "Lake Rd" just before we stopped.
As luck would have it, it was the road we were supposed to take! 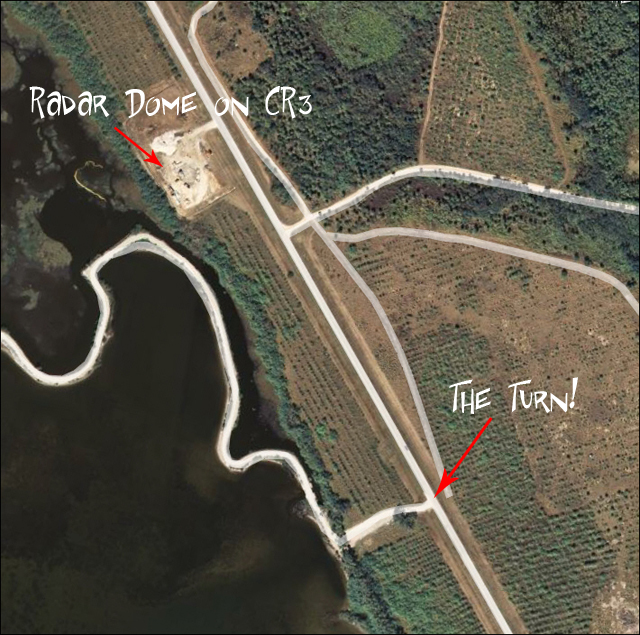 Ultimately, the unnamed road *did* become Shiloh Marsh Road, but not for many miles!

There were other roads that we saw and wanted to explore, but we were running out of time for our 6pm rendevous at the Black Hammock Fish Camp.
We linked up with US1 and made a Bee Line to Titusville.
We loaded the bikes on the trailer and headed over to the Fish Camp.

At the Fish Camp our friends waited. 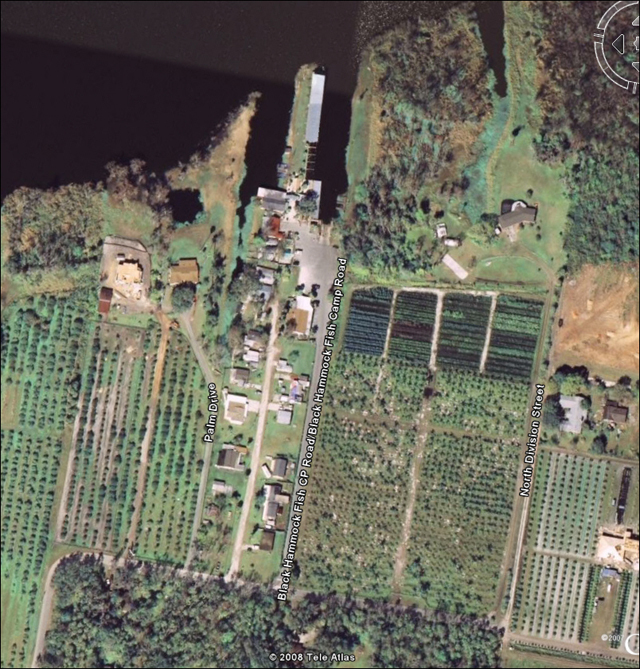 As we were getting ready to head home, Alexander asked if he could sit on our bikes!

Who knows? Someday Alexander will ask us to accompany him on one of his adventures! 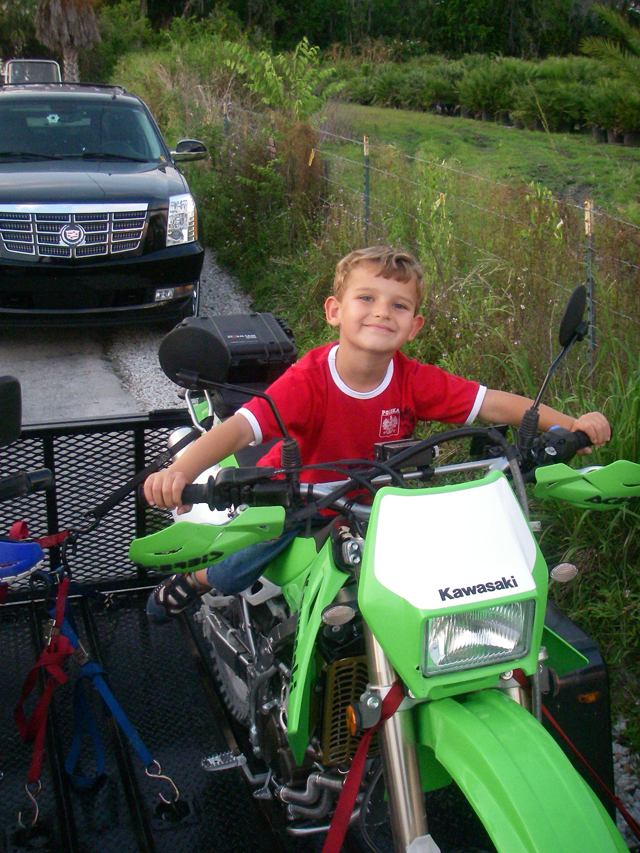