This is where we rejoined Mom and Dad after their trip to Prince Edward Island.
This was our longest day on the motorcycle as we drove close to the entire length of Nova Scotia to get to Digby.
The day started out cold and raining as we worked our way off Cape Breton Island.

We were looking forward to linking up with the parents since we needed the Xterra for a round of Golf and our Golf gear was in the Xterra!

Leaving Baddeck behind, we had cold foggy weather to contend with.
After three days in Baddeck we were used to the raw weather on motorcycles.

Waiting for the swing bridge in the rain. 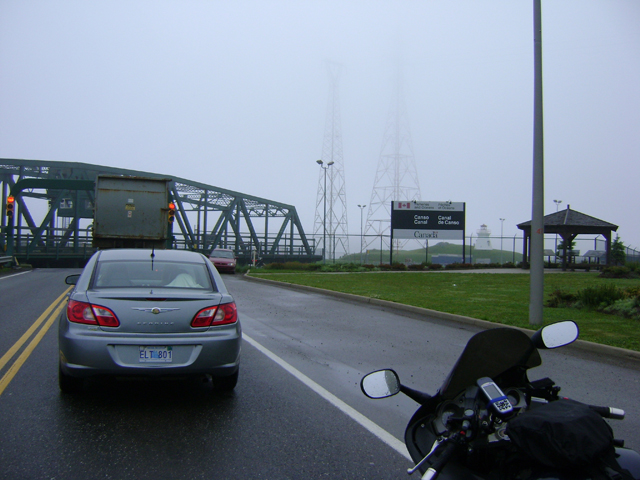 At a gas stop near Pictou, we ran into a couple of folks heading to Labrador and Newfoundland.
They had two V-Stroms and were getting ready for a very spartan trip.
They were Tony and Carmela; nice folks.
The Weather was also getting brighter and sunnier as we got further and further away from Cape Breton Island.
The wind picked up too. 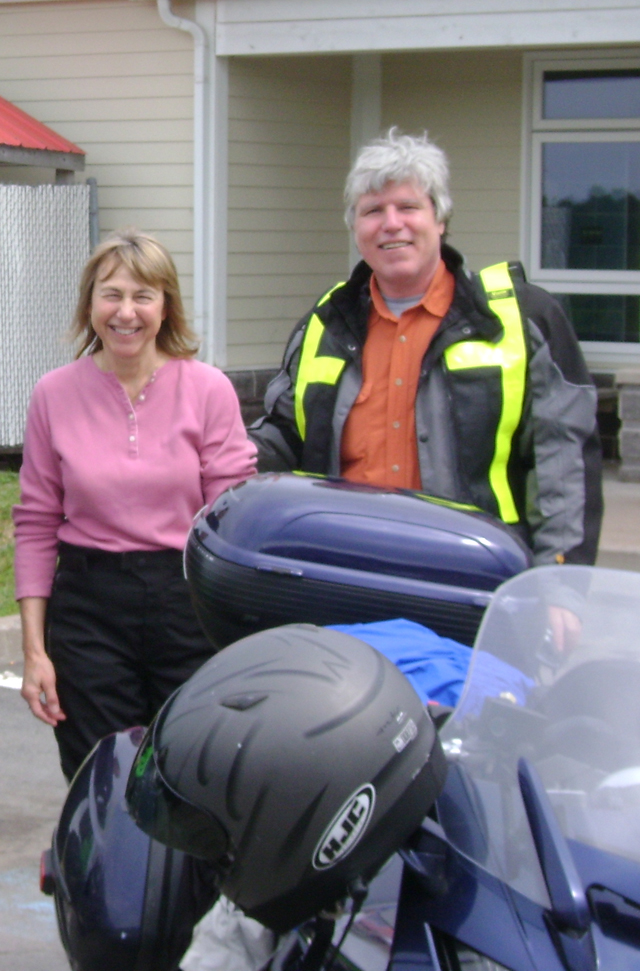 During this leg, we encountered the worst road of the trip.
The road was 14, a little off the 102 outside of Milford.
We took this road because it cut the corner heading to Digby. Taking 14 was faster instead of going down into Halifax, south and then back north.

As we exited 102, there was a sign for road construction, but we had no idea it would be so bad.

As soon as we got on 14, we encountered a slick gray road that had deep gravel. The road was ride able, but just barely.

Things got really bad when we had to stop for the flagman for a section of road that we would be escorted through.

As it turned out, they had just put down a very thick layer of crushed stone, and were watering it at the same time.

Doing so, created a slushy mix that a 600lbs+ motorcycle had a hard time staying on top of.

To make matters worse, the soupy mess was at the bottom of a hill, and we had to climb out the other side.

With over 120 horsepower on tires designed for smooth pavement we were at the limit of our experience.

All I could do was say good luck to Bill and hope for the best.

If it were not for my Dual Sport experience, I would have crashed.

Somehow we managed to get through without a crash. 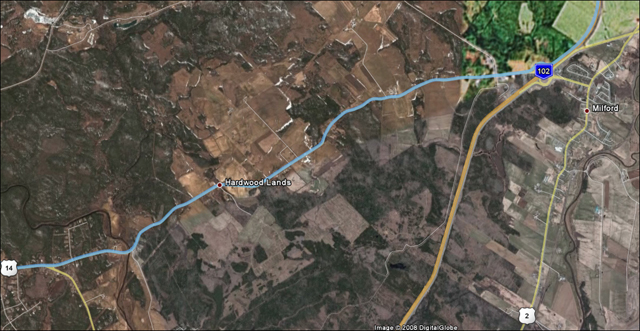 The affect of going through all that slush was a chain caked in mud and brakes making a horrible noise about a mile or so past the construction.

My worst-case feeling was that somehow I got mud into the wheel hub bearings and it was only a matter of minutes until my rear seized up.

We were in the middle of nowhere.

I said to Bill that I didn't think the ZZR would make Digby.

I told Bill that I would pull off at the next gas station and see what I could do.
I wanted to stop immediately, but there was no room on the shoulder for me to pull off to.

The noise was "harmonic" and much worse at a specific speed and R.P.M.

When I finally stopped, I put the ZZR up on it's center stand, took out the chain lube and sprayed as much as I could.

As we talked about contingency plans, the Xterra pulled up behind us.

Mom and Dad took the same road to Digby!

It was wonderful to see the Xterra.

After letting the chain lube dry a bit and taking off my rear bags and putting them in the Xterra, we rode off hoping the noise would go away.

It did (whew!) and we continued to Digby. 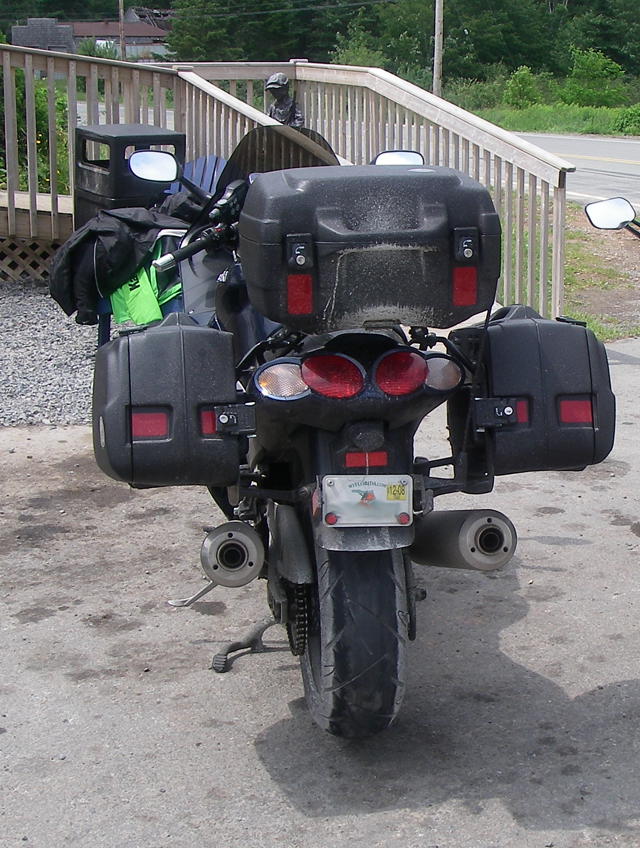 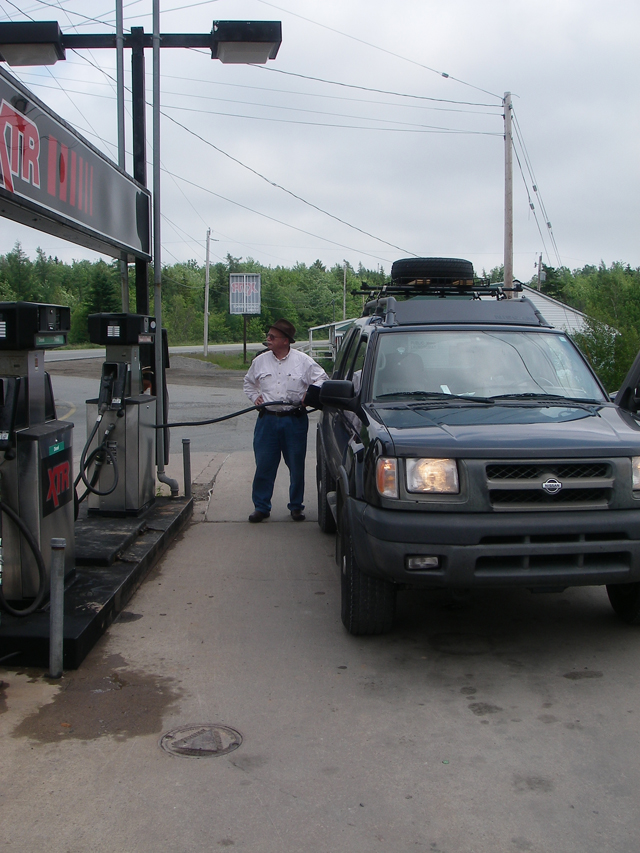 Bill talking to the Folks about what is our next plan if the noise doesn't go away. 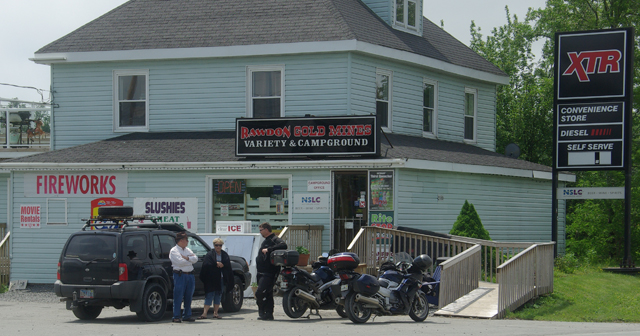 A church at the intersection. 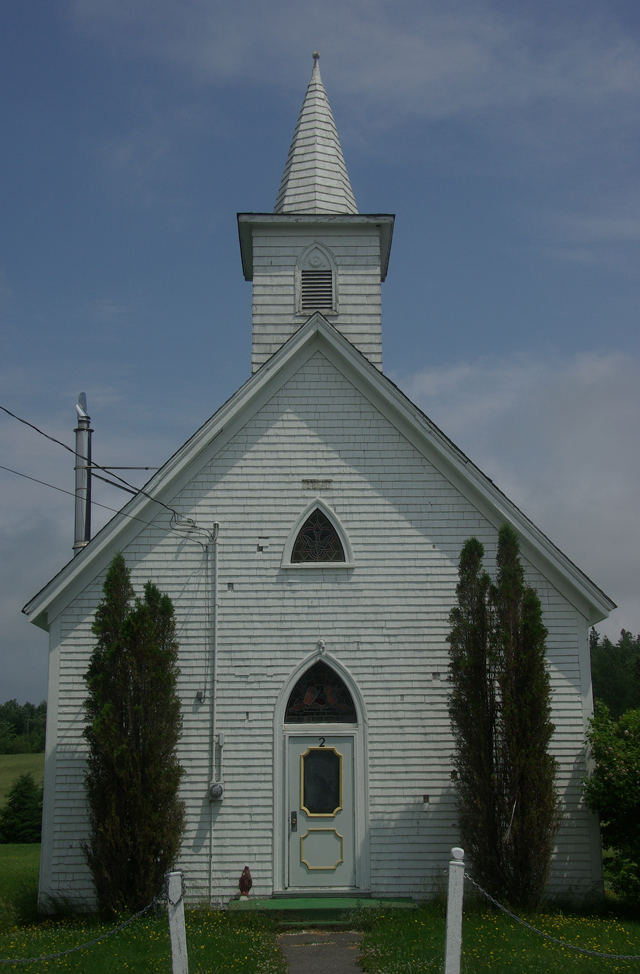 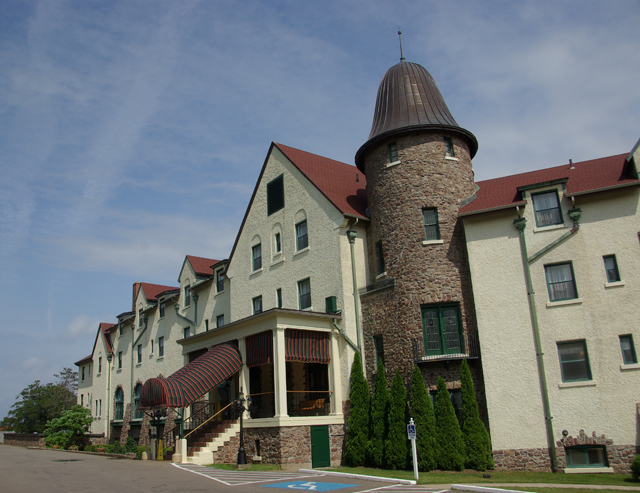 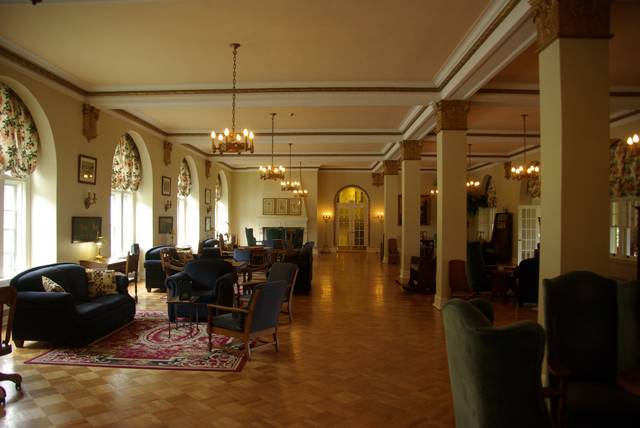 The view out of our Hotel Window 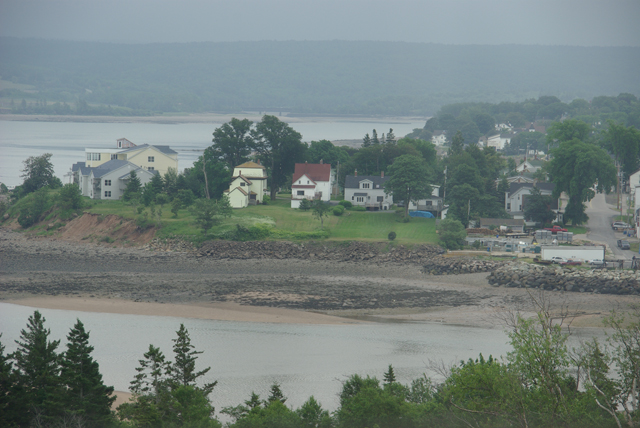 The tide is out. 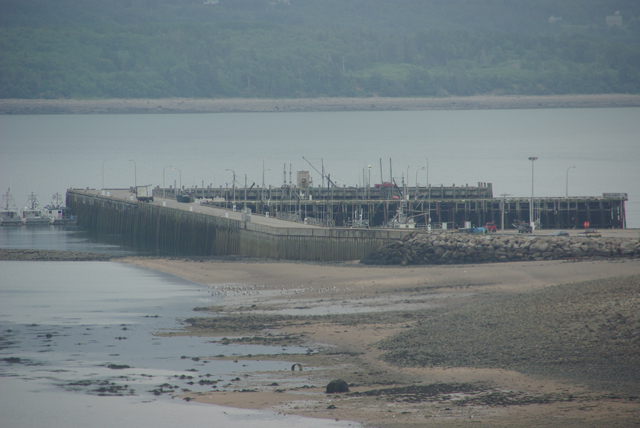 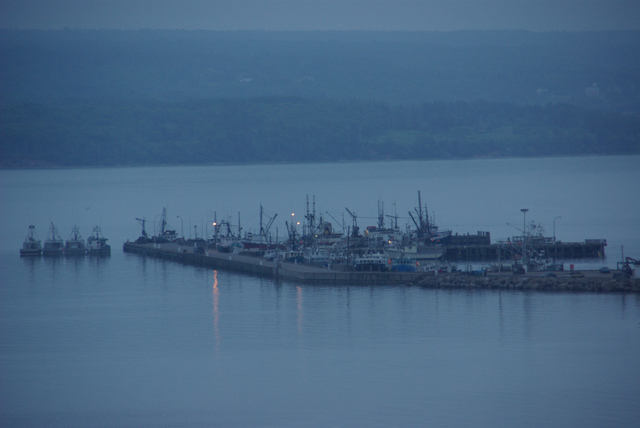