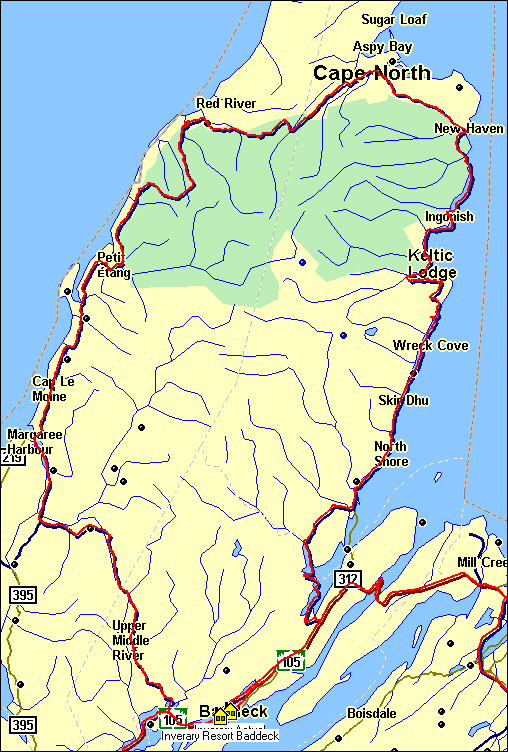 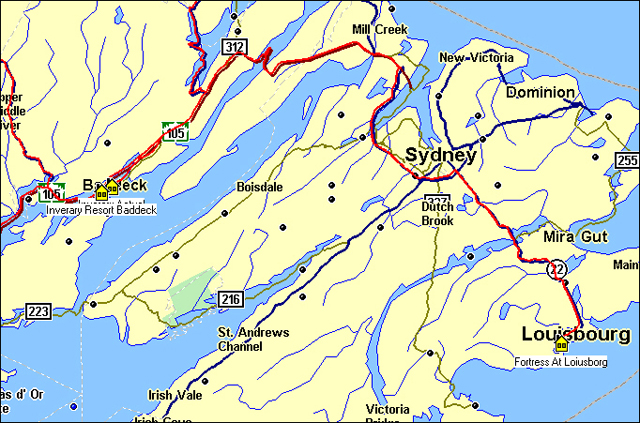 The folks headed to Prince Edward Island and we stayed in Baddeck, Inverary Resort.
For our two days, we decided to ride the Cabot Trail and visit the Fortress at Louisborg.

The Cabot Trail is one of the main reasons why we made the Motorcycle Journey.
I heard the Cabot Trail talked about in motorcycle forums and decided it was going to be our 2008 epic ride.

Will we have a nice day for the Cabot Trail?. 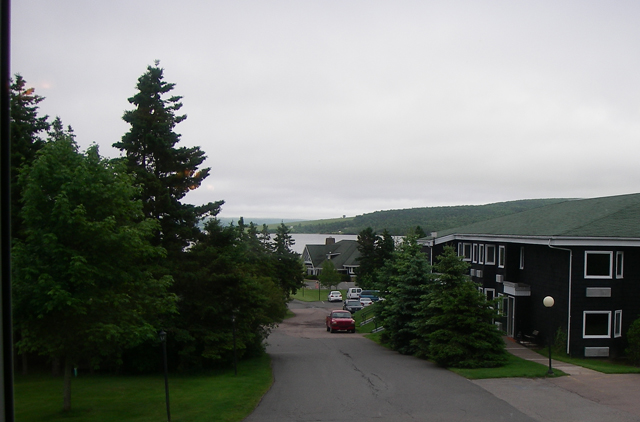 The weather doesn't look too good, but we are wearing our rain gear.

A stop along the Cabot Trail 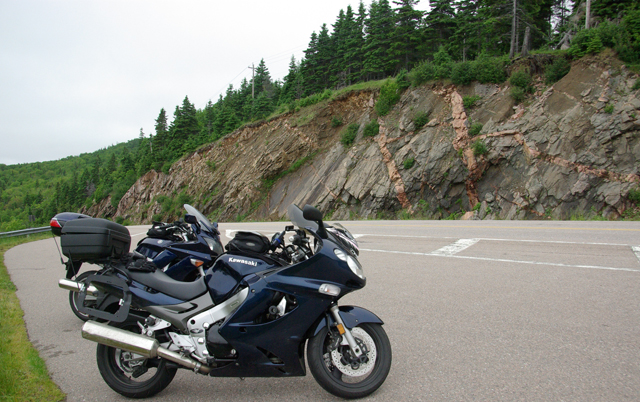 Such an amazing coastline. 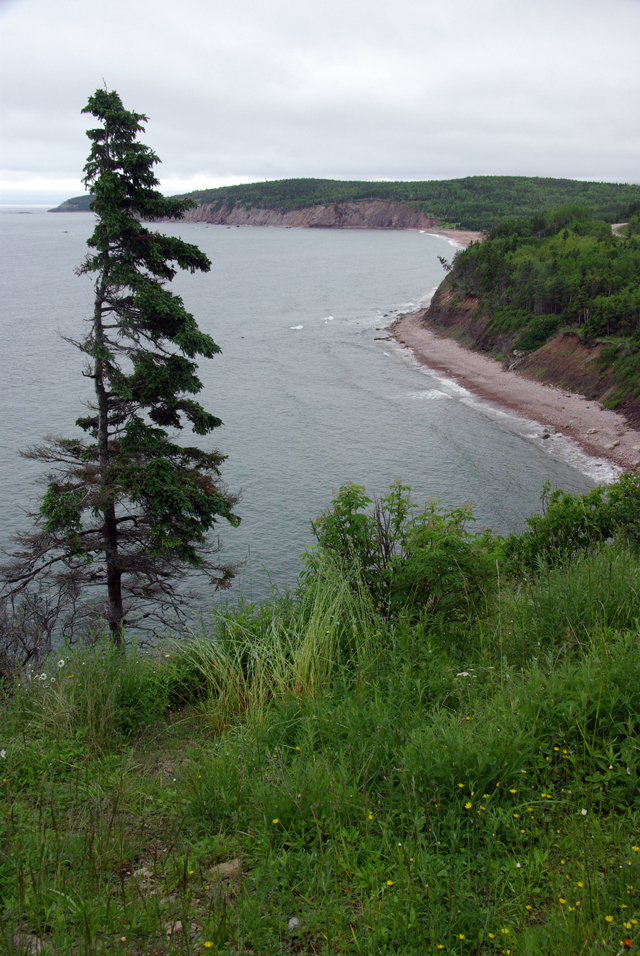 The Sun starts to come out.

The rain is clearing and the vistas open up!. 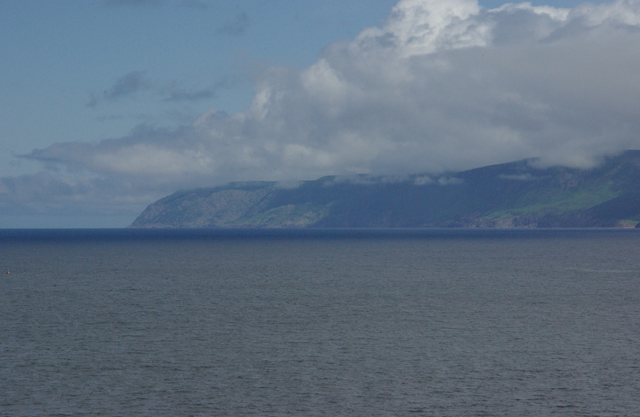 We just came down that road in the distance. 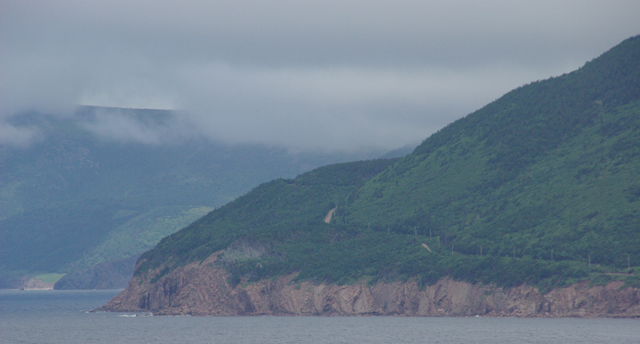 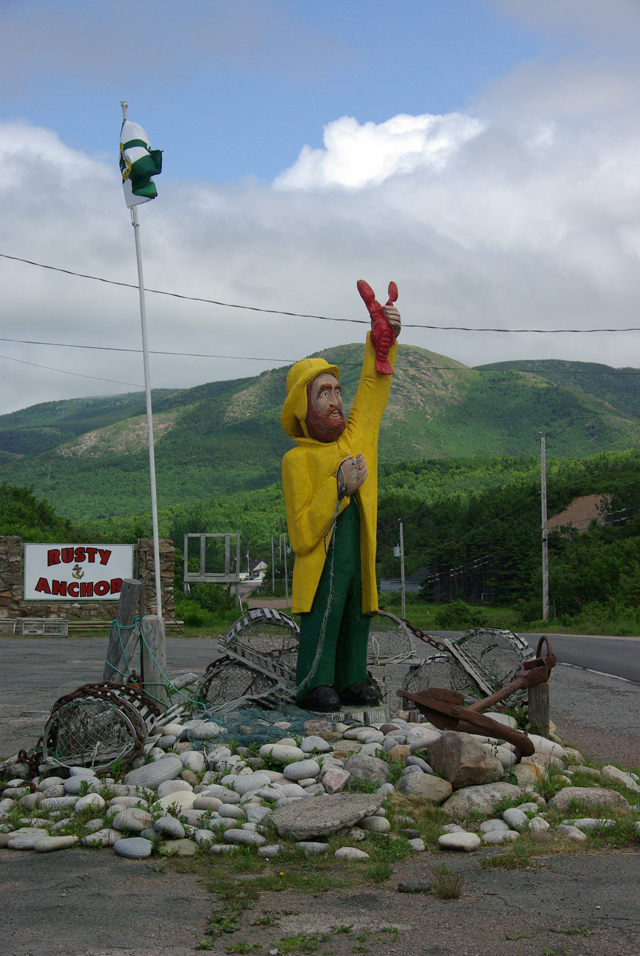 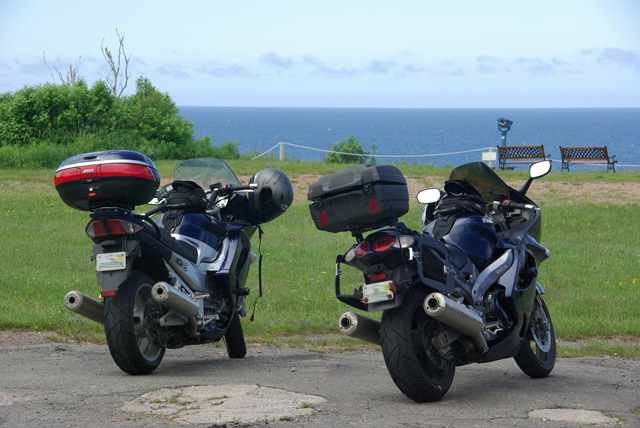 It turned into a great day! 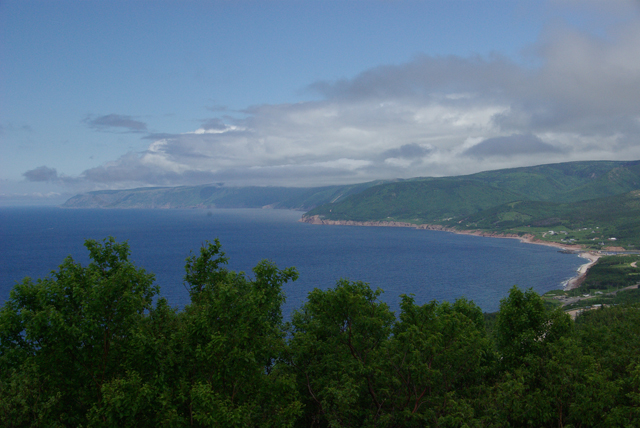 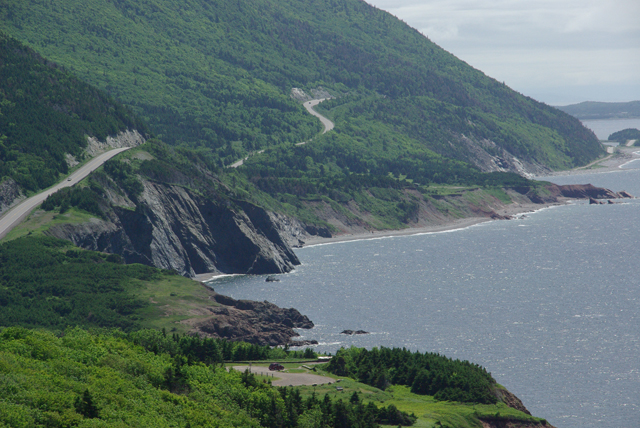 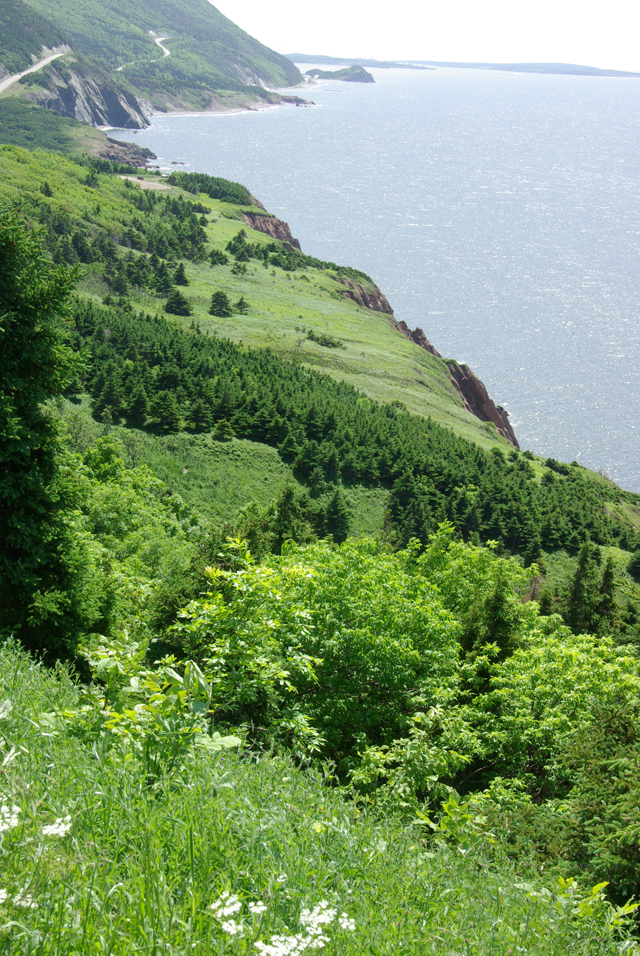 Taking a few of his own 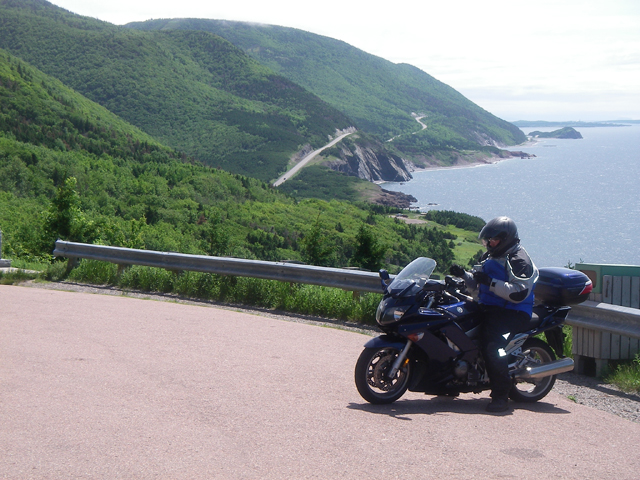 The Cabot Trail had some wonderful vistas, but in many ways was less than we expected.
Because we were on Cape Breton Island, there were many many roads that had frost heaves and tar-snakes and were very bumpy.
Also some of the roads were incredibly steep and dangerous as they see rain and mist frequently.
Because of the road surface, we had quite a few pucker moments!

We even saw several Moose in the woods.

Once again our Dual Sport skills saved the day.

Would I come back to the Cabot Trail? That's a tough question in that I was less than impressed with the road itself. The scenery was great, but the logistics to get here are formidable from Florida.

Personally the roads in Georgia, North Carolina or Tennessee are better, but you don't get the Ocean views.

If I lived anywhere in the North East, I would make the trip to Nova Scotia pretty regularly, but south of Washington D.C., it is a trek.

We did the Cabot Trail counter clockwise starting in Baddeck.

I think that's the best way to do it. Going counter clockwise you take the worst roads first and out of the way.

Everyone said to dress warmly and not expect to see much since Louisborg was notorious for fog and rain.
Louisborg is on the coast and in a remote section of Cape Breton Island.
It didn't matter to us, as we had come this far and were used to the rain.
We lucked out because the weather was wonderful when we arrived in Louisborg! 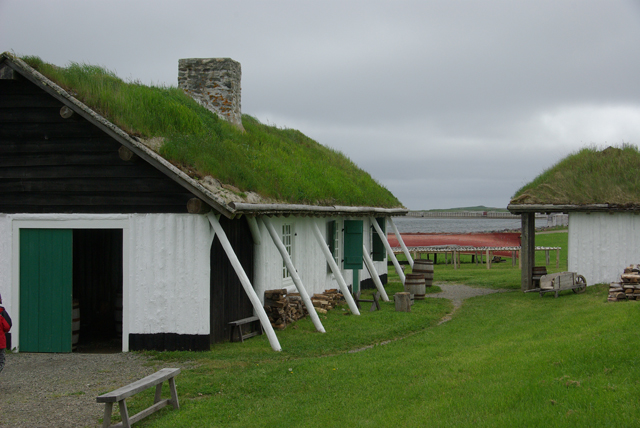 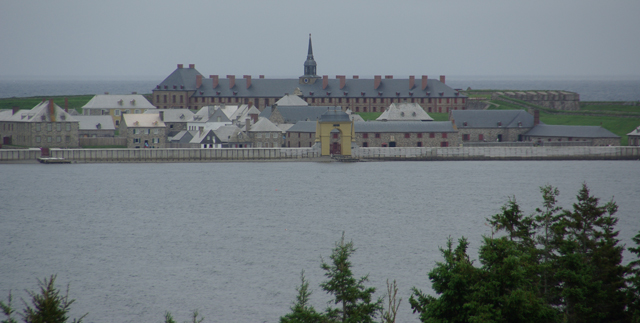 Walking up to the defensive wall. 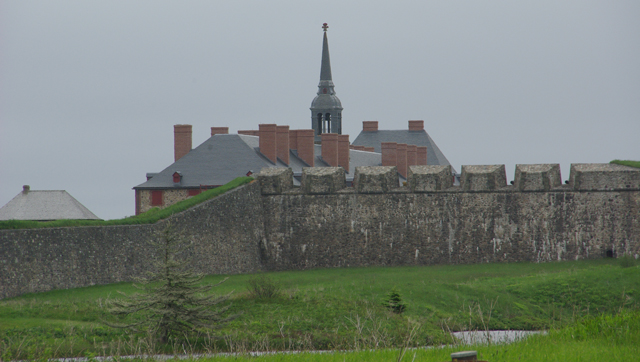 The fortress is guarded! 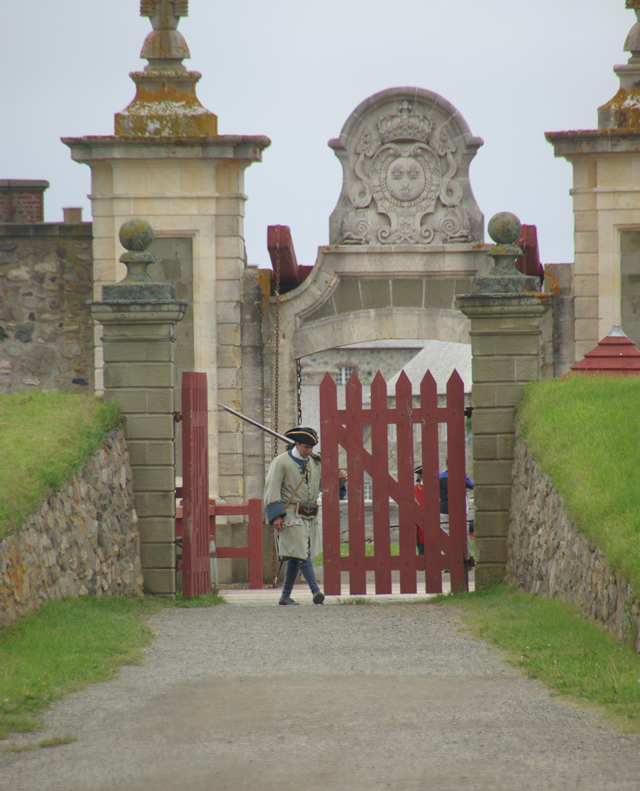 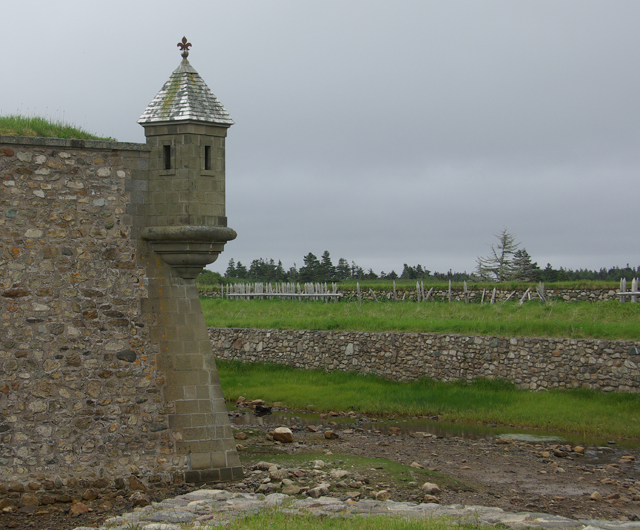 Is the town deserted? 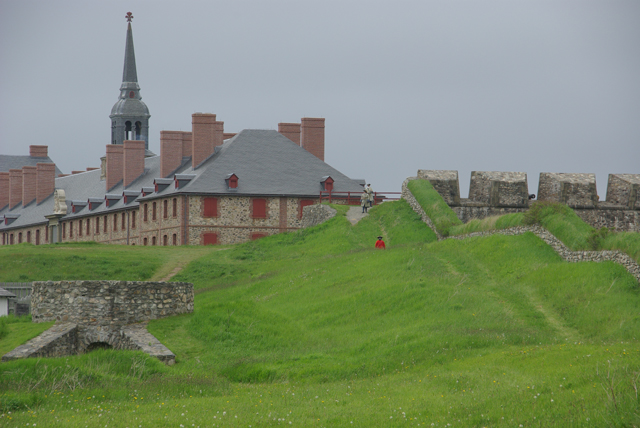 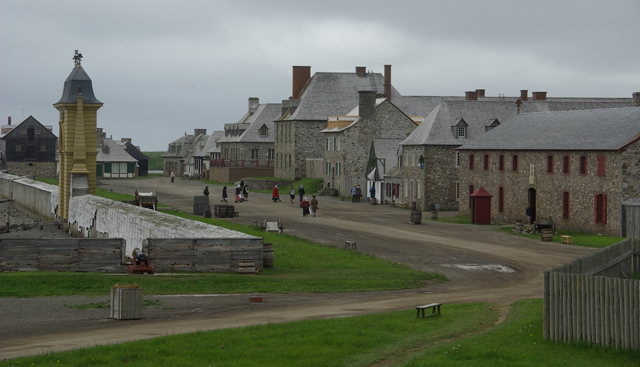 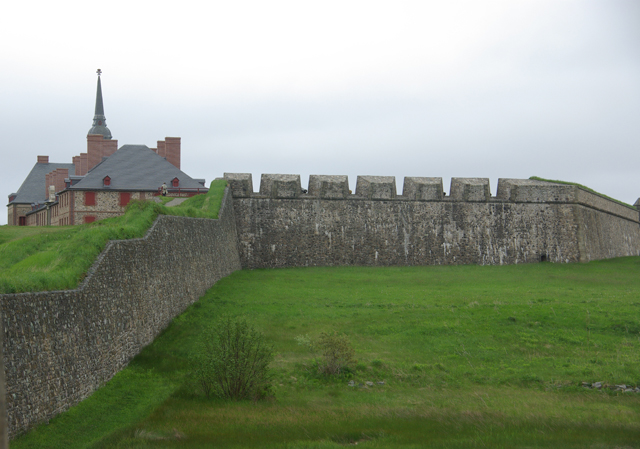 Time for a little music. 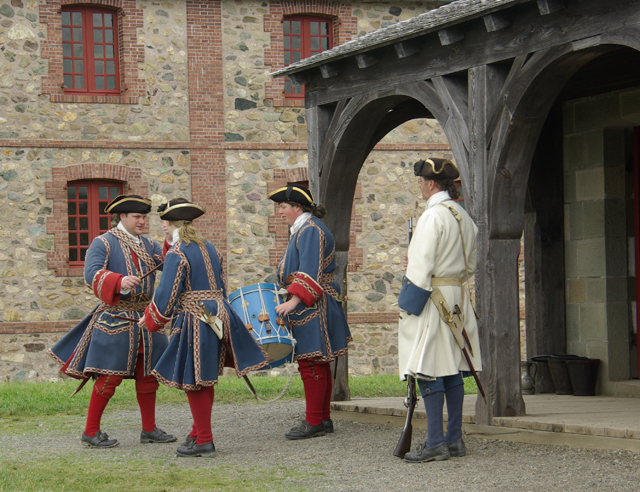 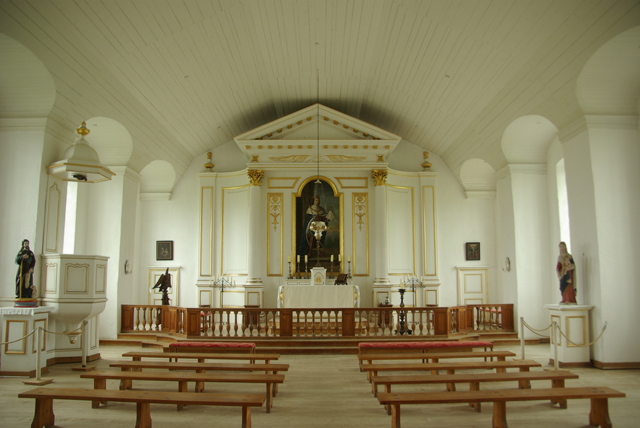 Ship in a window 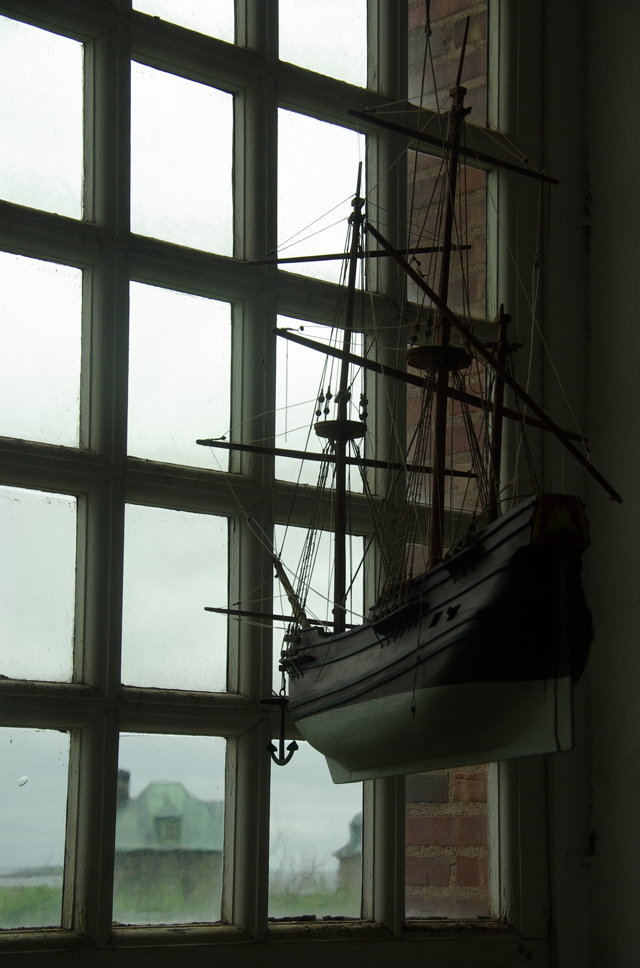 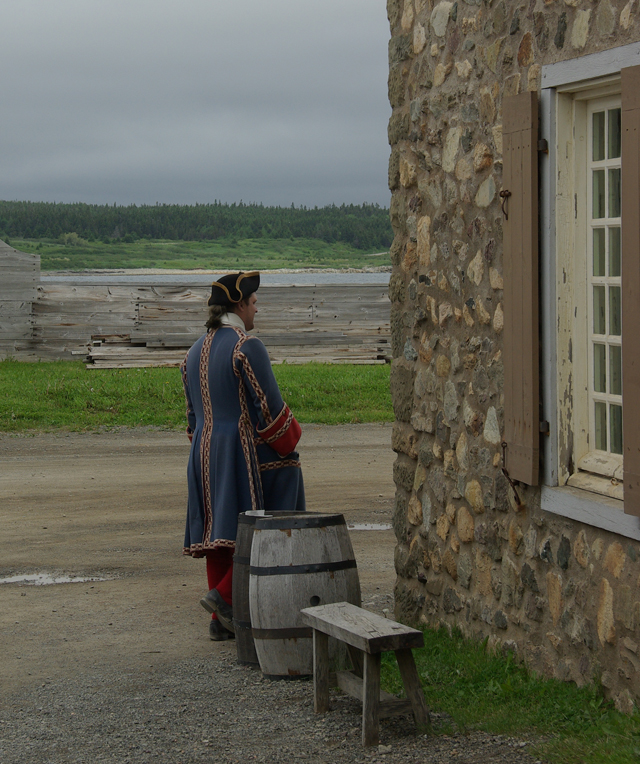 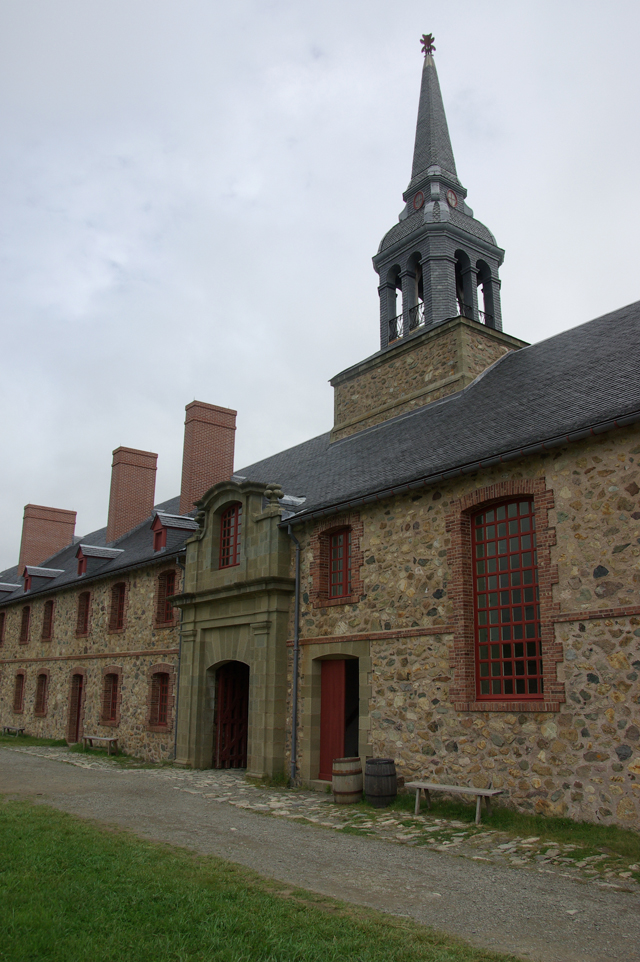 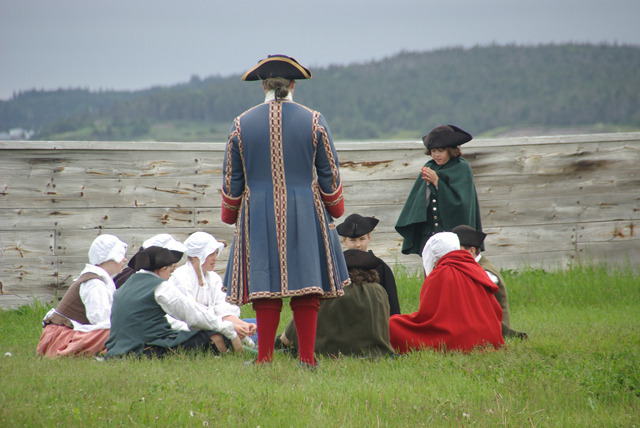 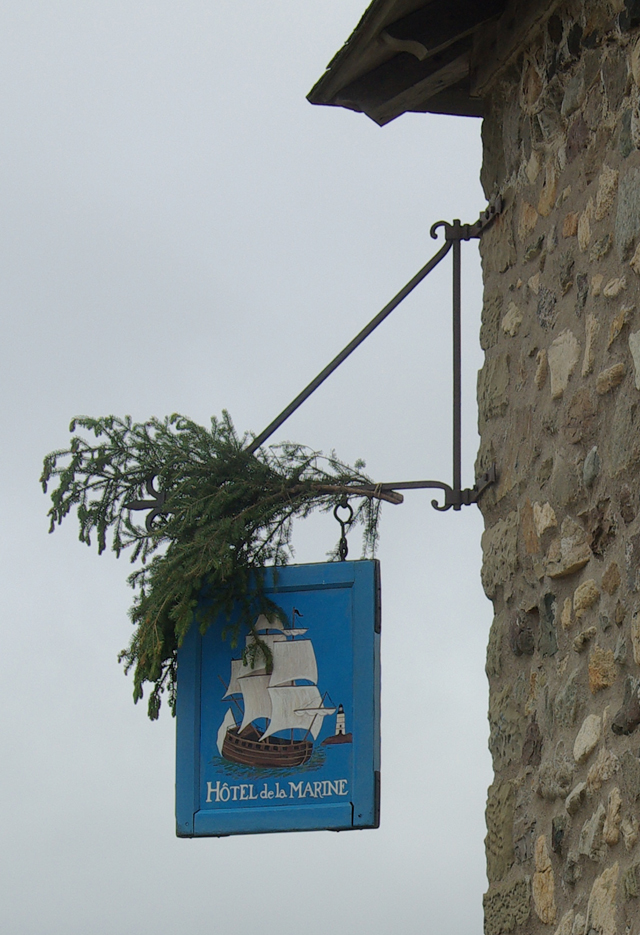 Back to the bikes for the ride back to Baddeck 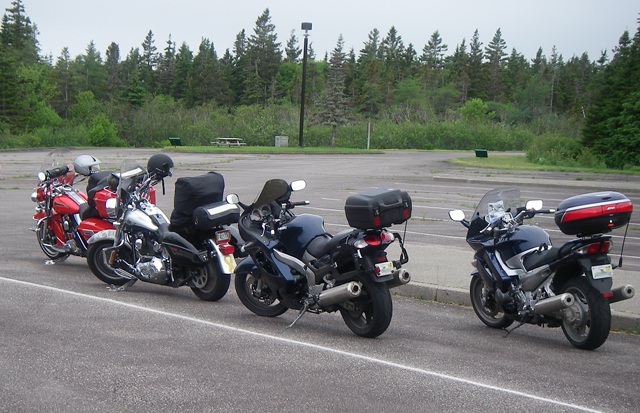 We ended up with two pretty good days in Baddeck with the rain waiting until the evening.
We managed to do what we planned to do without too much fuss.