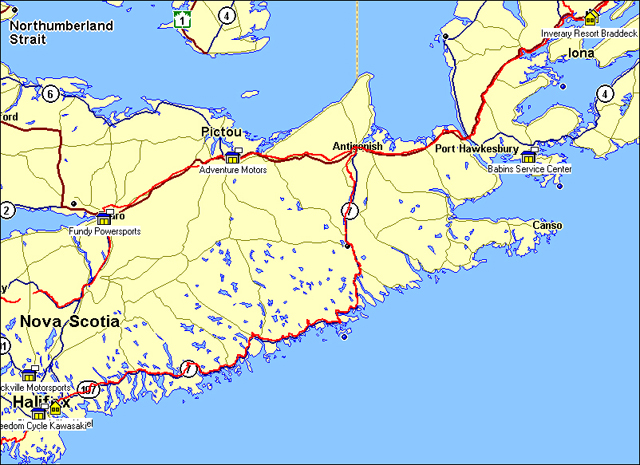 What a miserable day for the drive up the coast to Baddeck and the Inverary Resort. We leave Halifax, and have nothing but FOG the whole way up to Antigonish.
We know we are near the coast, but the fog is so bad, there is nothing to see.
When we get to Baddeck, there is enough of a break to take some pictures, and do some laundry.

So much fog and rain! 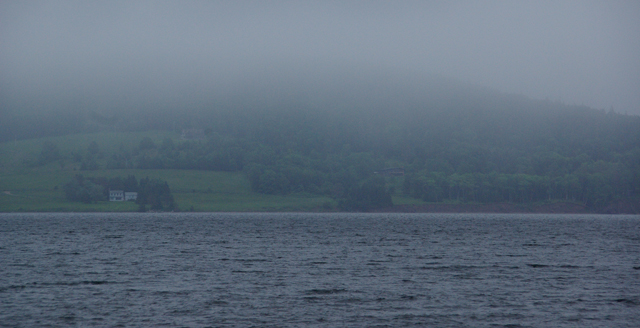 Rain gear and a phone call to see where the folks are. 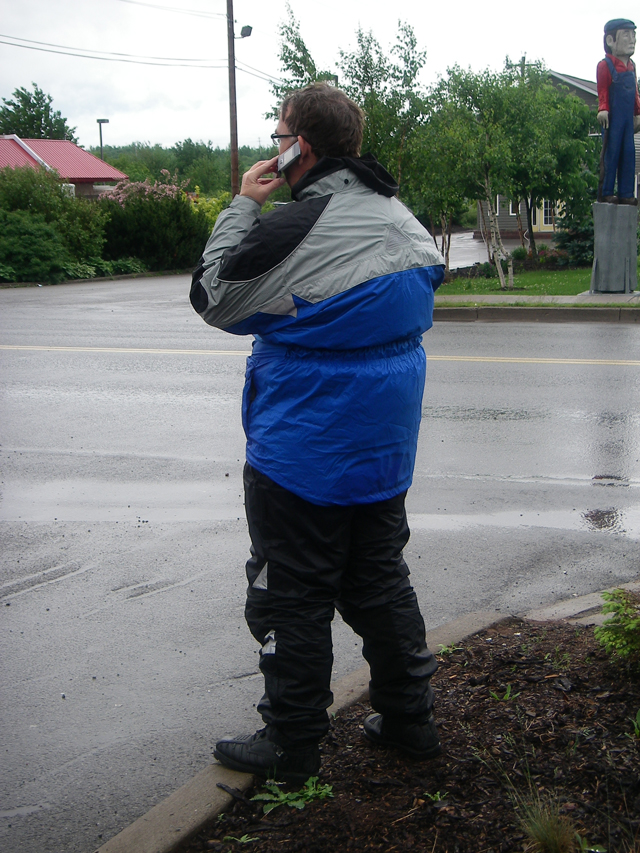 We were so happy to be in Baddeck even though the fog and rain made for a miserable time.
It was a tough ride in that we had our first taste of how dangerous it could be in thick fog.
As we came around a corner in one of the remote places along the coast, we had a bridge under repair with loose gravel and a 4 inch drop-off on a slick corner.
Once again, the dual sport skills kicked in.
The cool thing was we spent three nights in Baddeck, so we came back to the same place for a little while. 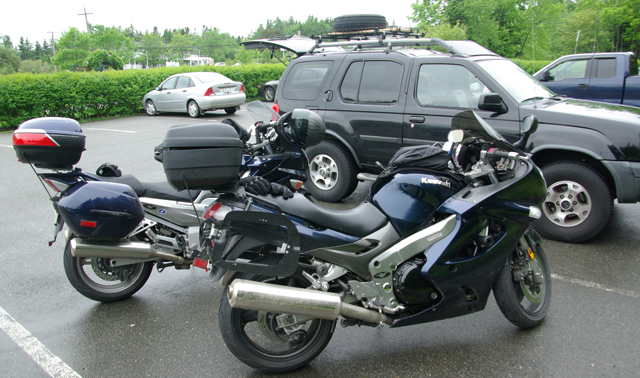 The lighthouse in Baddeck 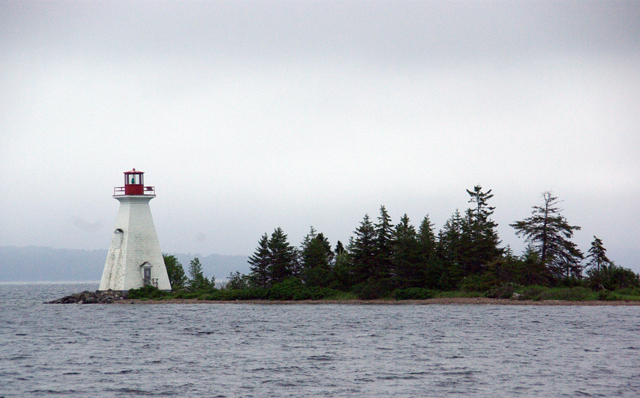 Time for a little laundry. 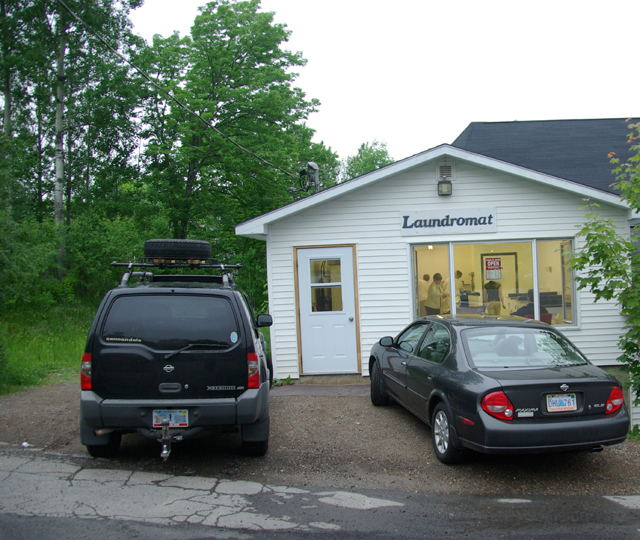 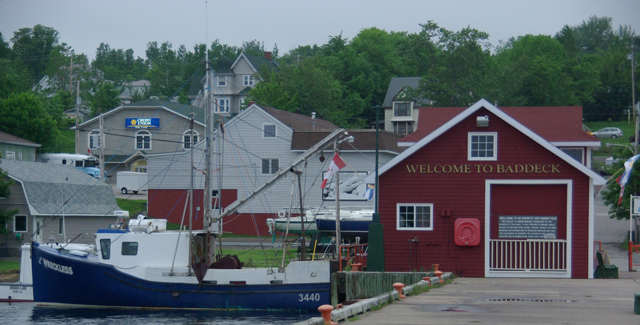 A cold dreary evening in Baddeck 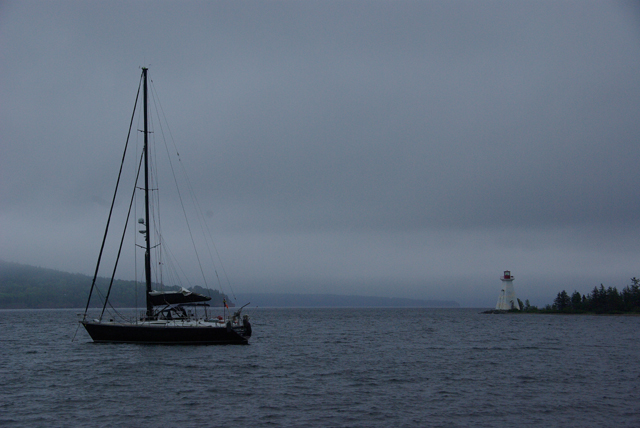 I didn't know this. 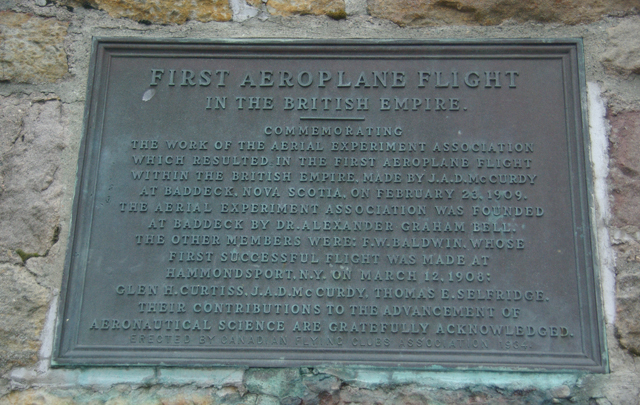 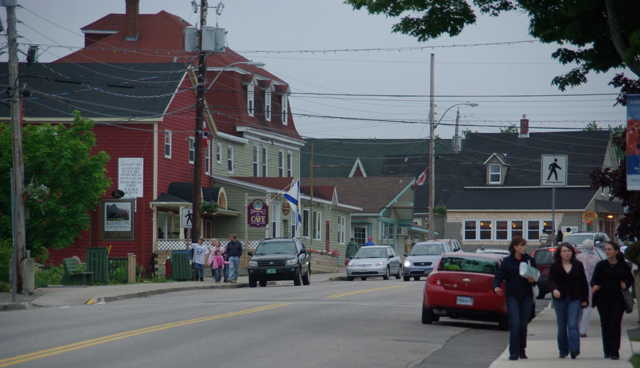 An old building in town. 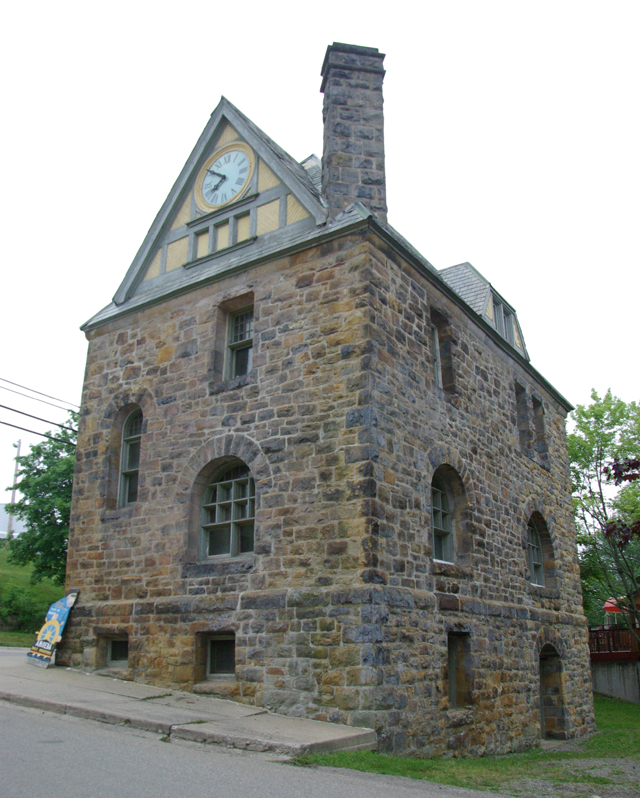