Today is the day we take the ferry to Yarmouth (Nova Scotia).
We were up pretty early; 4:30am.
We need to be at the Ferry at 7am for a departure at 8am.
In hind sight we were too early, but I was excited! Our crossing time would be 3-4 hours. 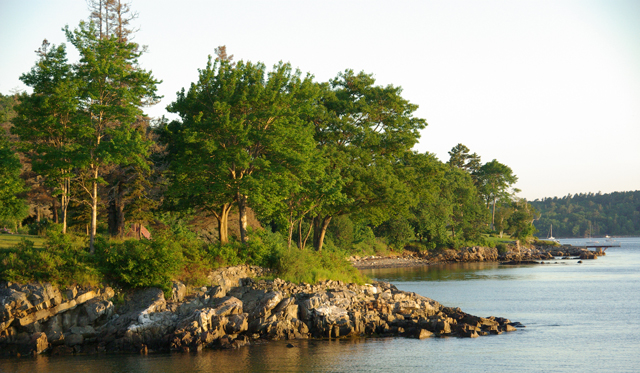 The Cat in the morning 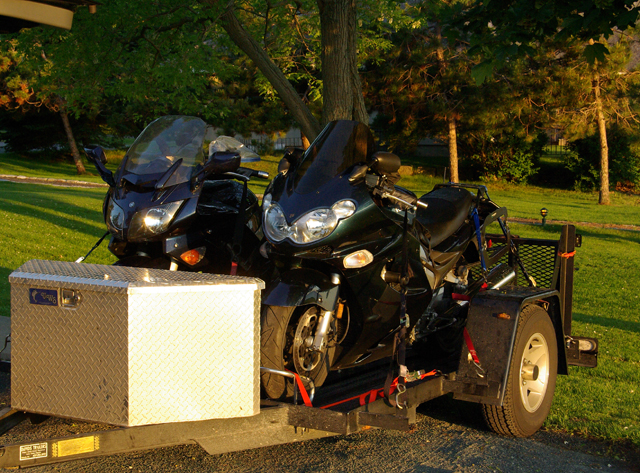 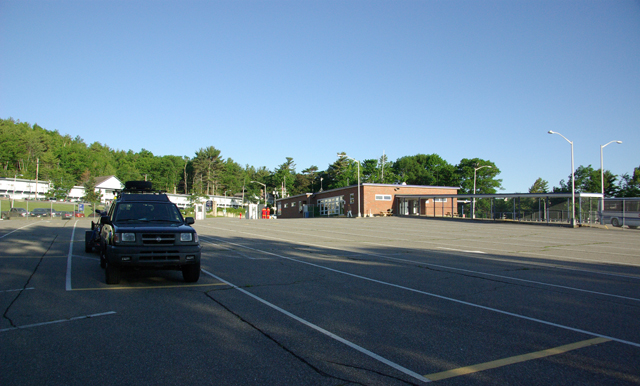 Cool! First on - First off! Being early DOES pay!!! 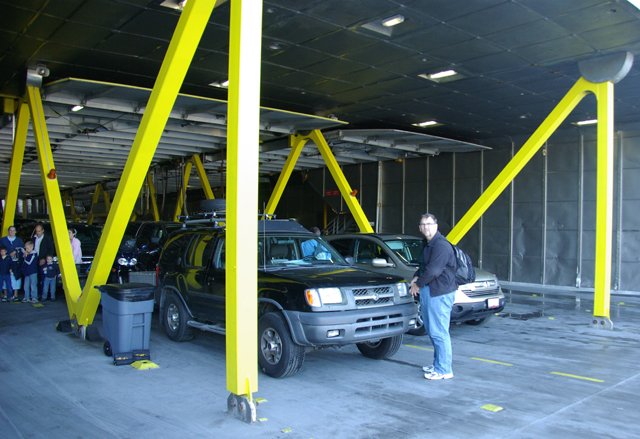 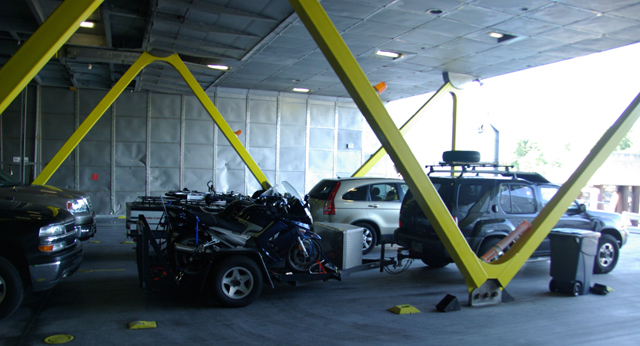 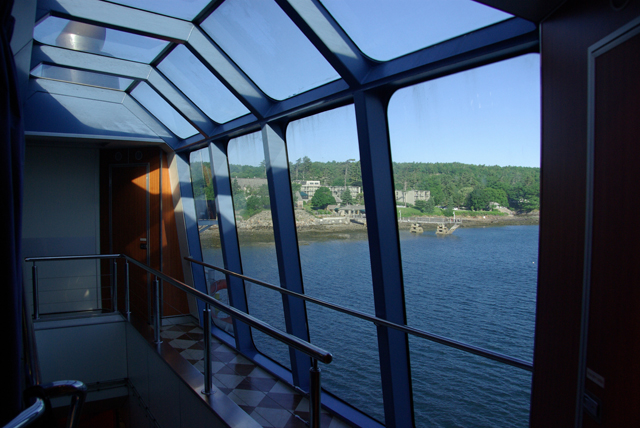 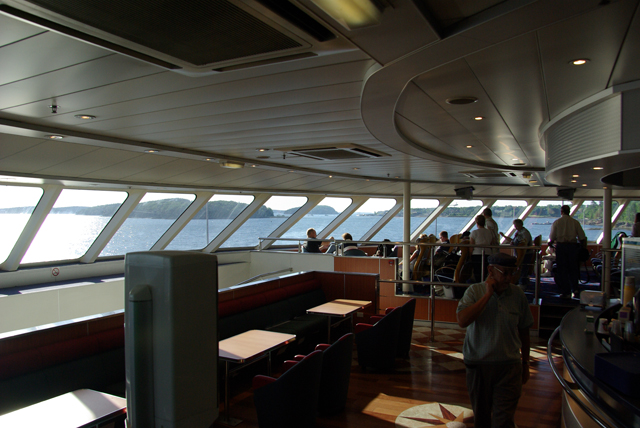 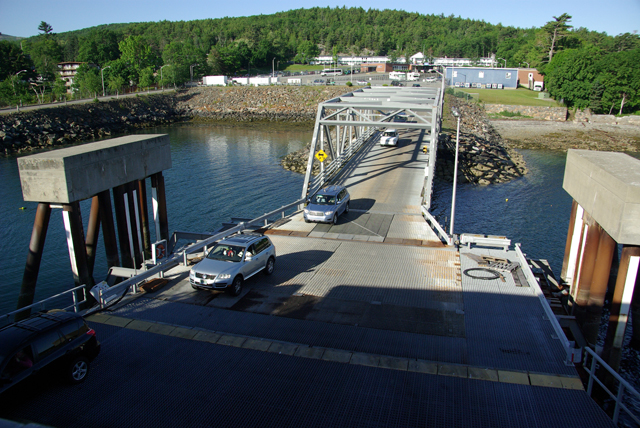 Bikers coming on board. As it turned out we saw the several of the same bikers throughout our entire time on Nova Scotia 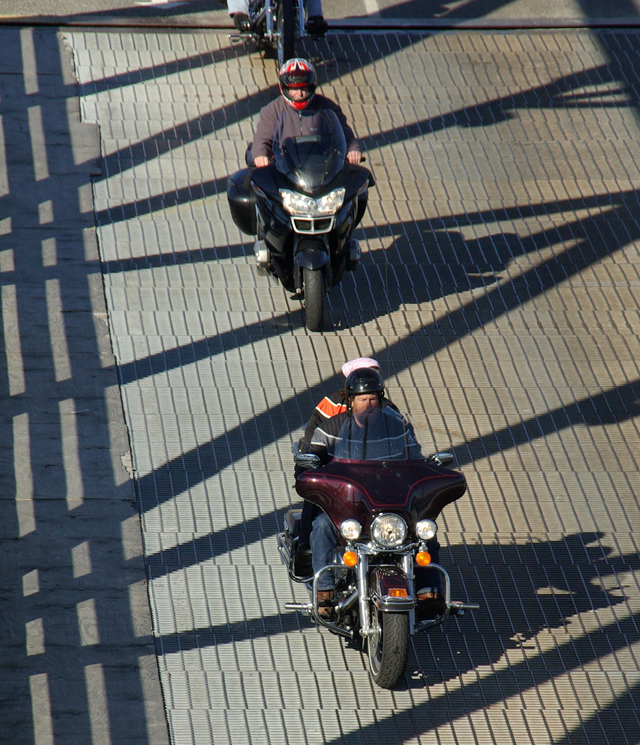 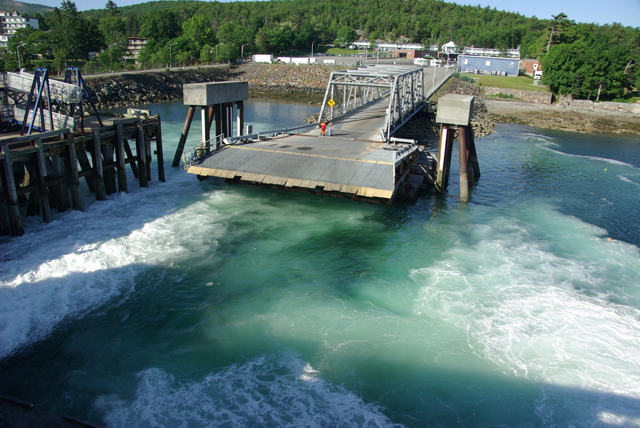 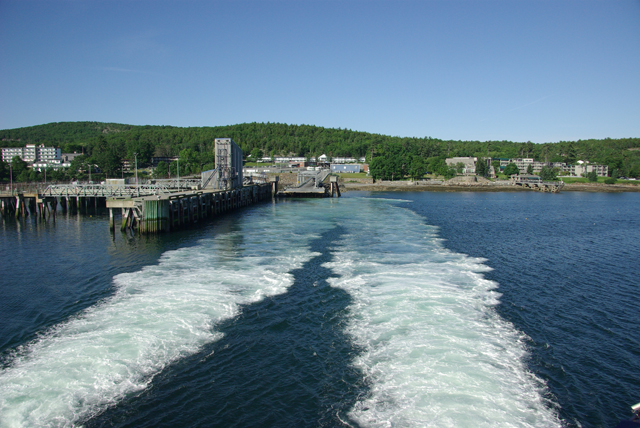 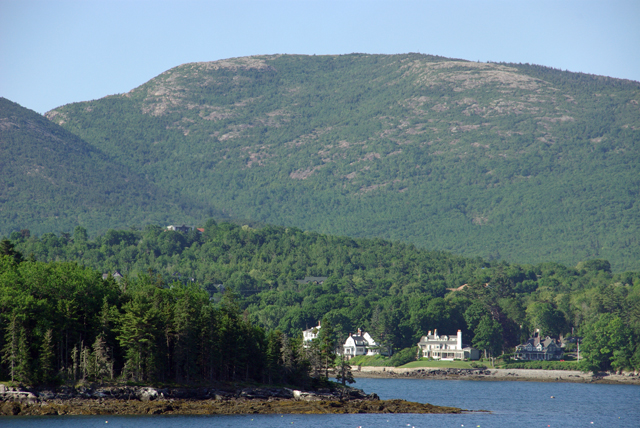 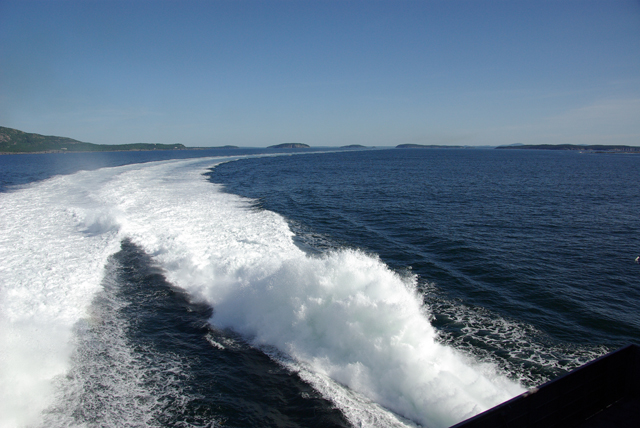 Not everyone had a smooth sailing. There were plenty of sea-sick folks on board. 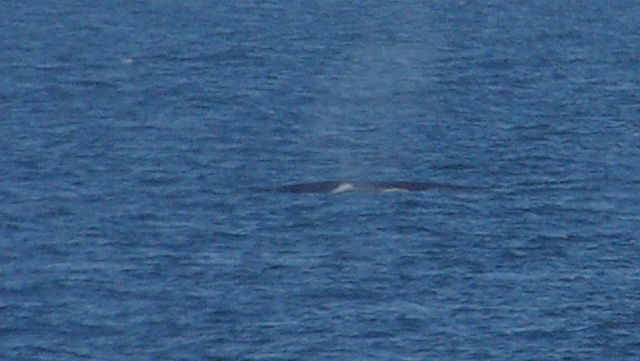 After 3 hours or so, we arrive in Nova Scotia! Yarmouth!

The lighthouse in Yarmouth 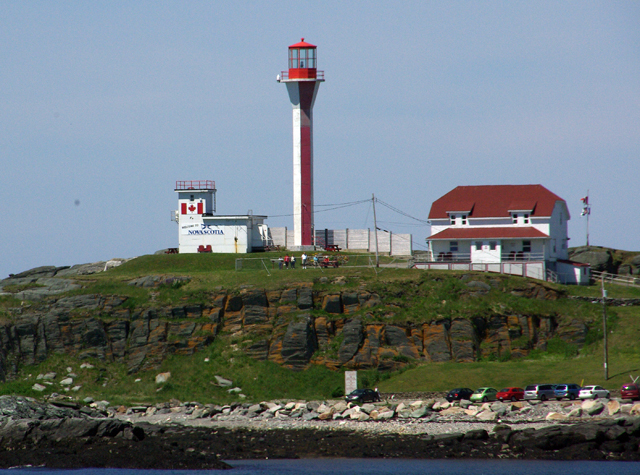 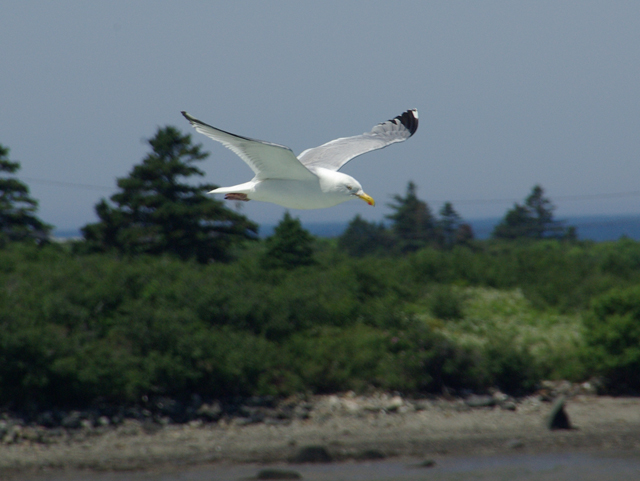 Bill pulls his bike off first, as he wants to ride to the Hotel. 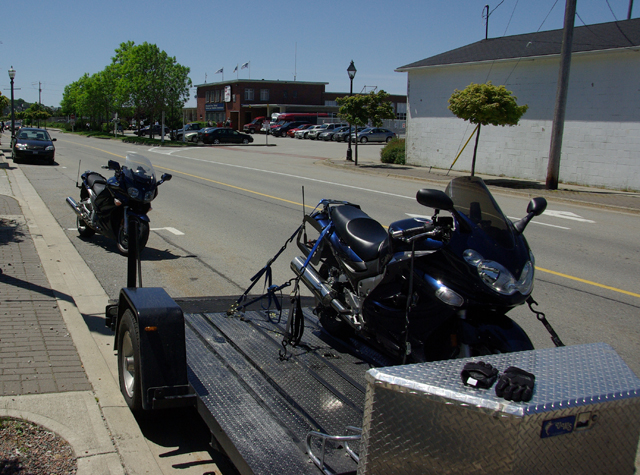 After a long day, we head to the Hotel and the local fishing fleet heads out to sea. 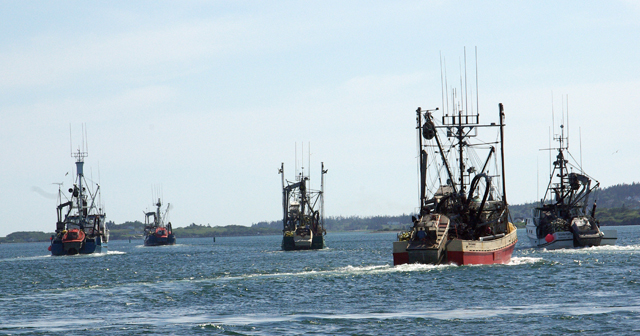 The 'Cat" leaves on her return voyage to Bar Harbor. We are 'really' here.