Ok, so it was a thread by Finger Mullet that got me hooked. He made it look so easy!
I basically studied his tome for several weeks and amassed all the tools that I thought I would need.
My success was based in Finger Mullet's tome, the Kawasaki Manual (Part#99924-1165-03), some advice from a mechanic, and my husband (he never touched a tool so I didn't cheat!) being there so my Dyslexia would not get the best of me.
In all of the above sources, there is no step-by-step procedure anywhere.
The Kawasaki Manual is vague and shows some images that don't match exactly the 2007 KLX 250s.
Take your time with this as there are a few places where you can potentially destroy your bike.

I received the kit from Kawasaki. 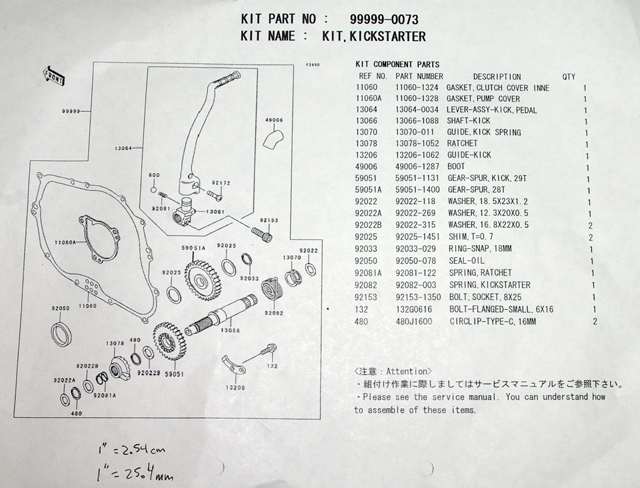 Everything in the kit is pretty well labeled, except for the bag that contains an assortment of clips, washers, a bolt and some other bits and pieces.
Like Finger Mullet I laid all the little pieces out on a piece of paper and identified everything.
My twist to this step was I traced the parts out on a piece of paper so I could place them over the tracing and identify the parts during assembly. 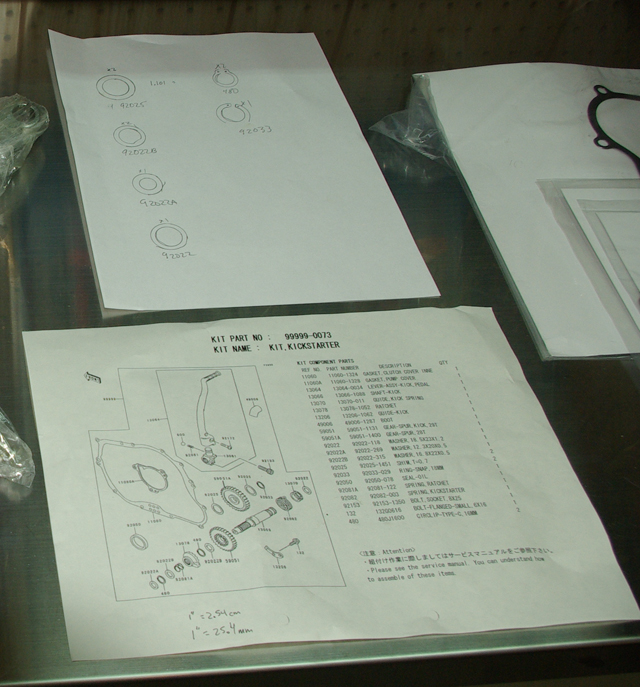 Overall it was a pretty easy (but scary) install made easy by having some specialized tools.

My process was modified from Finger Mullet's and Kawasaki's in that I did NOT do anything with the LEFT side magneto cover or engine cases.
I was prepared with the correct tools and had ordered the gaskets for the left side just in case.
The left side gaskets are NOT included in the Kick Starter Kit.

You will be tempted to put the key into the ignition and fire/kickstart the bike.

You mess that up, and it's game over.

Now for the disclaimer.

Obviously there are steps that I have left off. Obviously I may have missed a few things in my "How-to".
For me, this was a very challenging mod to do.
There were things I could have done wrong (and did).
My tools and shop are pretty well outfitted and I had plenty of time, light and support.
I had all my parts available and I had everything mapped out ahead of time.
I used Finger Mullet's tome as a guide. Some things I might have left out; I'm sure I did.
This mod can be done, just be sure you know what you're getting yourself into.
Lauren - Last edited Feb. 29, 2008