I love the UK. Many of my favorite things are tied to that wonderful Island Nation. I get the humor, I love the climate, I love the history. If there was a single “other” place to live on this planet I would choose the UK. The UK has everything I need contained within her shores.

I’ve had the pleasure of working in the UK, and any chance I get, I make haste to re-visit. I thank the UK for many wonderful things.

Buying from the UK is one way I can "visit" without actually being in the UK. However, spending on something from the UK is very hard to do as there is a great deal of competition from within the United States and from other cheaper (as in less expensive) sources overseas when looking for bits and pieces for your motorcycle. When buying from the UK we have a terrible exchange rate, and the folks in the UK have to deal with various taxes and customs to send things here. The cards are stacked against buying from the UK and it shouldn’t be that way.

Because of the cost of doing business, a vendor in the UK must provide something special and deliver it with value to the folks in the USA. Selling from the UK to the USA is a tall order, but the folks at Evotech have risen to the challenge.

I was searching for some farkles for my 2008 Kawasaki ZX10R. I wanted a fender eliminator and an exhaust hanger. I wanted a fender eliminator to make using a track stand easier and I want to take off the rear foot-rests/exhaust-hanger in preparation for my "Zed-X-10-Argh" on the track. I will still use my ZX10R on the street, so I wanted to be able to use the stock taillights and license light as well as allowing for easy removal for the track. I’ve seen some of the cheap "tail-tidys" that are sold through eBay and in local stores and they fail to impress. The cheap "tail-tidys" are little more than a bracket where I can place non-DOT (Department of Transportation) lights. If I use non-DOT lights, I run the risk of being hassled by the law. Searching the Internet, I want items of high quality that look as good as OEM and use OEM hardware. I found items at Evotech and they have what I was looking for.

I decided to buy their "tail-tidy" and hold off on the exhaust hanger pending how I liked the "tail-tidy".

Everything went smoothly until I received an email confirmation of what I ordered. I was being sent a "tail-tidy" that used aftermarket lights! I had ordered the "tail-tidy" that uses OEM lights, and by mistake, I was getting the wrong one (Evotech has two versions for the 2008 ZX10R).

A quick email to Evotech and they resolved the issue immediately. Customer service, sent the one I had ordered without a single hesitation. My only requirement was to send the wrong one back; Evotech would reimburse me the postage when they received the returned "tail-tidy". Awesome customer service from across the Pond, cementing another reason why I love the UK.

When the "tail-tidy" came, I was amazed. Yes amazed. The images on Evotech's web site do not do justice. The attention to detail is superb. The "tail-tidy" and OEM lights fit perfectly. The turn signals fit perfectly into CNC’d recesses. The instructions are perfect. Evotech includes adapters that allow US spec license plates to fit, and they too are of high quality. The Evotech tail tidy should be OEM; it’s that good.

When I finished the installation of the "tail-tidy", I sat back and admired the craftsman(craftsperson)ship. I’m already an Anglophile, and a push-over, but here is a UK company that is making a product that has the ability to push up against VAT, the mountain of exchange rates, the ocean of distance and sell a product competitively here in the United States! With my delight of the "tail-tidy" fresh in my mind, I hatch an idea.

Remember the wrong "tail-tidy" Evotech sent me? Someday I might use non OEM lights and it would come in handy. I could get a quote for the postage required to send it back, and pay Evotech the difference and I'd keep the other "tail-tidy" but I still needed an exhaust hanger.

I decided the "tail-tidy" would go back according to my agreement with the folks at Evotech but first I'd pitch a deal to them and see if they'd accept.

To my surprise, they accepted!

I’d forgo getting the postage back, but still send back the unused "tail-tidy". In exchange, Evotech would send me an exhaust hanger, and I do this write up and place it on my web site!

The package arrived in great condition with everything I needed to install the exhaust hanger.

On the Evotech web site, there are images of the exhaust hanger, but you don't get a feel for the texture of the finish or the complexity of the machining. The machining on the side facing the wheel takes a great deal of the material out of the hanger without sacrificing strength. There is also a gentle curve that matches the OEM hanger perfectly. 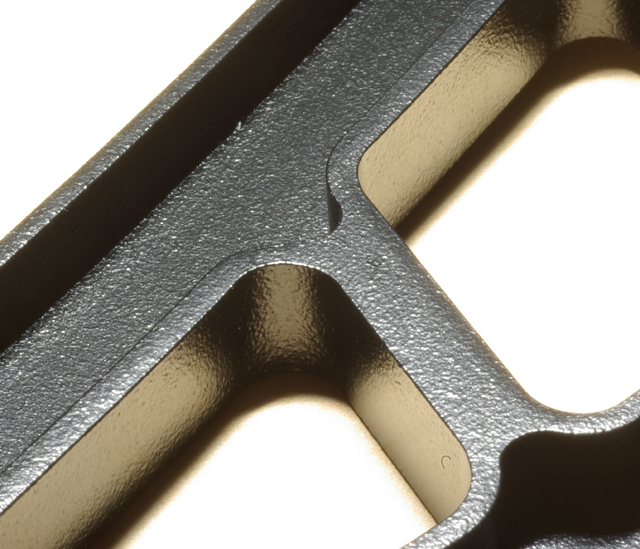 The finish is flawless and is the same on the "tail-tidy". 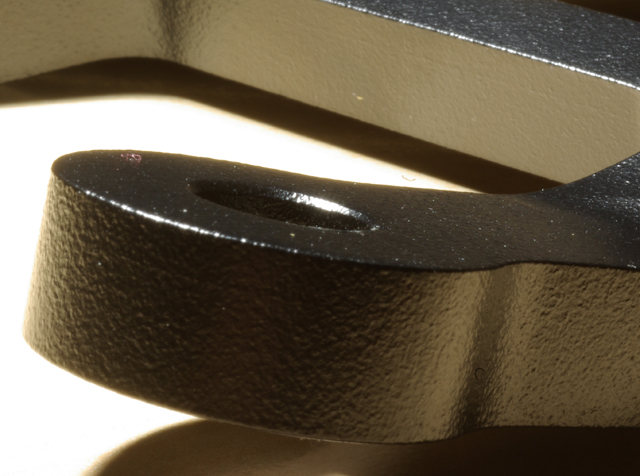 In this image you can see the gentle curve of the hanger. 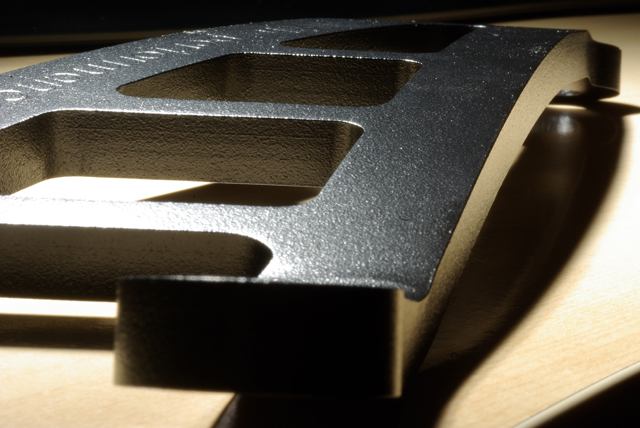 Quality through and through. 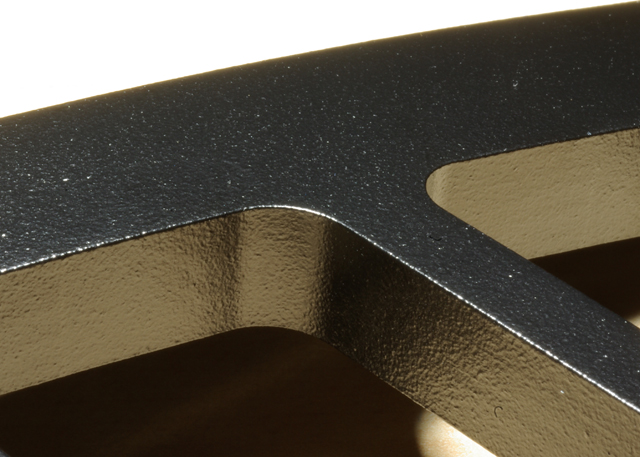 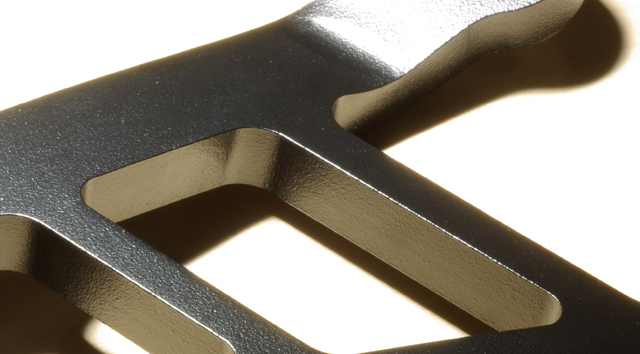 The machining is perfect. 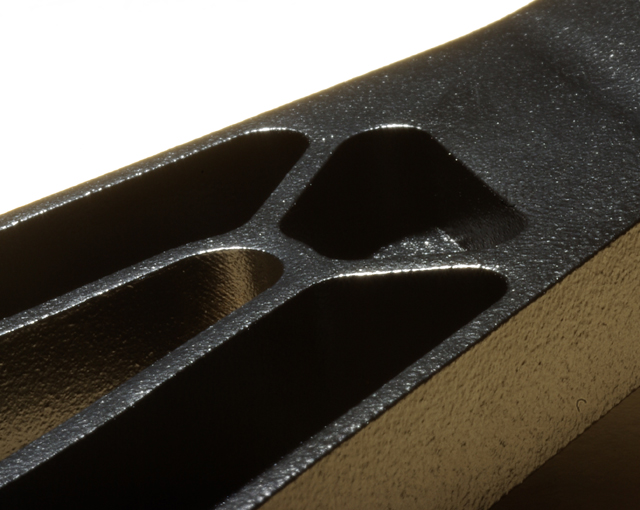 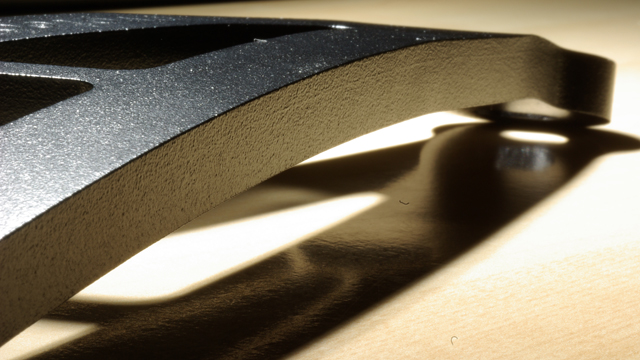 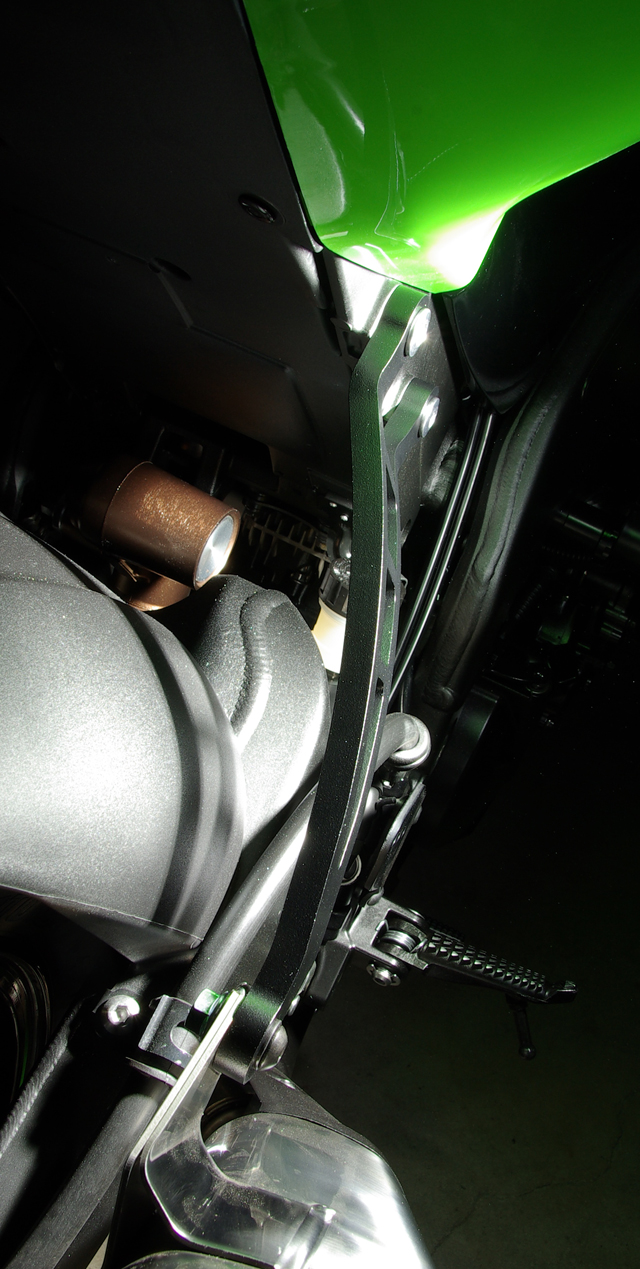 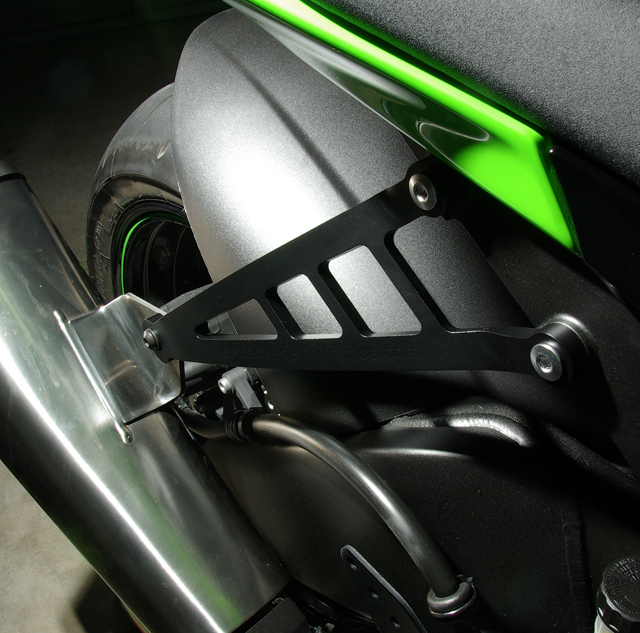 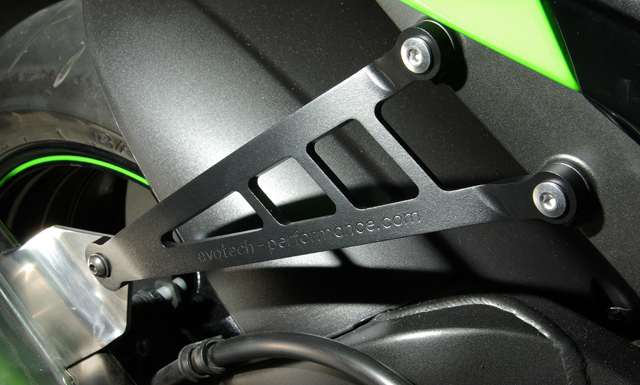 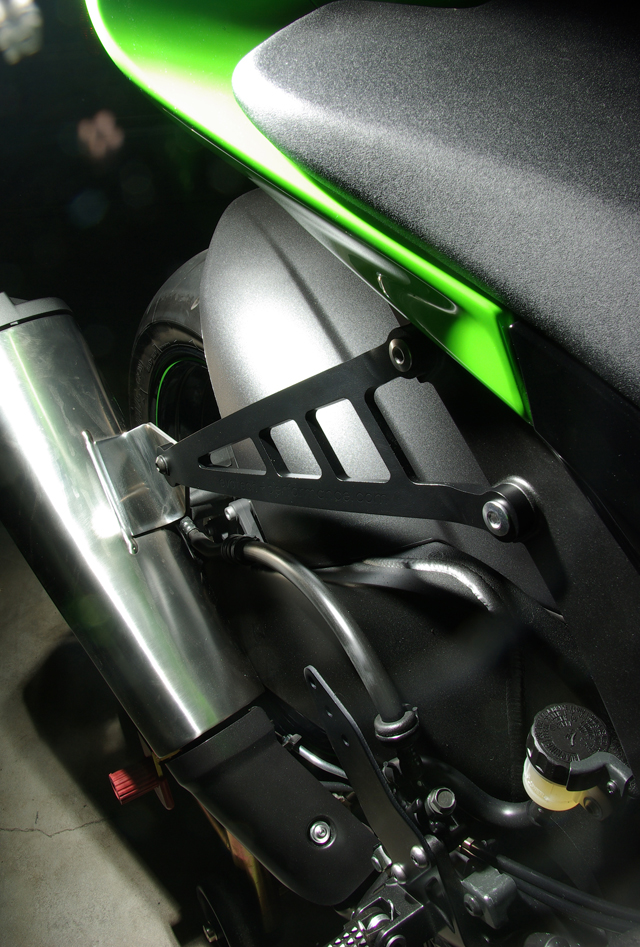 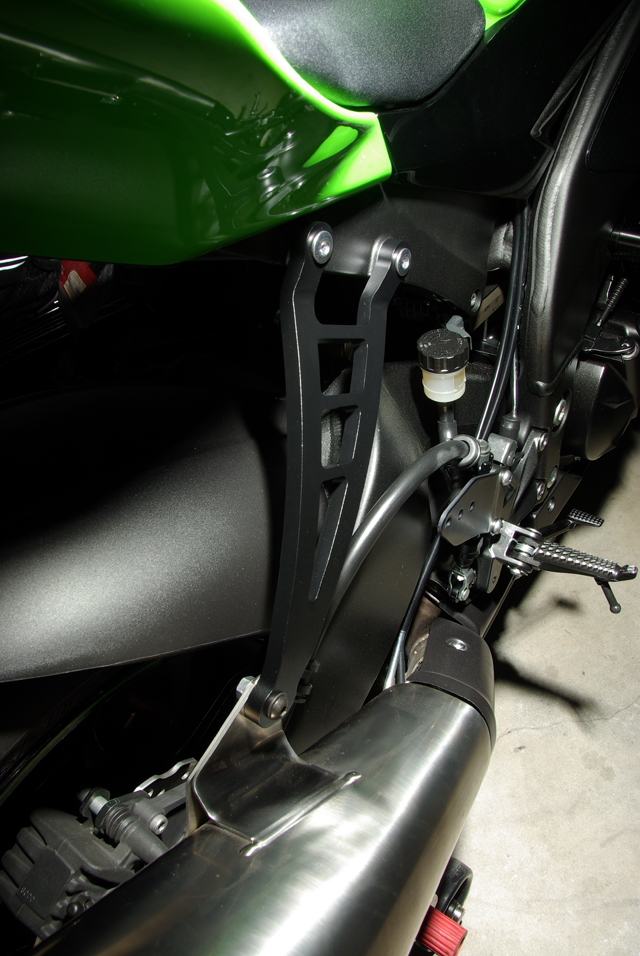 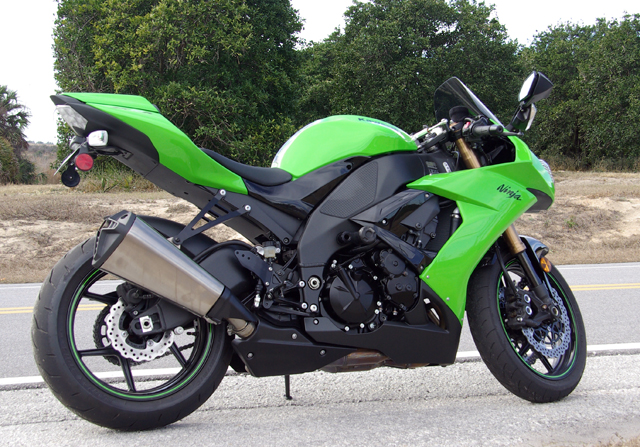 The Evotech exhaust hanger is an amazing piece of work. An exhaust hanger can be something simple, but the folks at Evotech have made a hanger that is of the highest quality and value.

I'm very happy with Evotech and buying such high quality items from the UK is a high mark for UK exports to the rest of the world!

Congrats and keep up the great work!